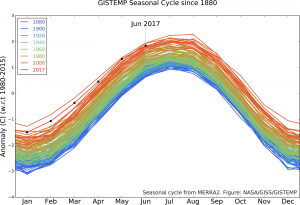 Thomas J. Pfaff is a Professor of Mathematics at Ithaca College. He created this website because he believes that sustainability, ranging from climate change to social justice, should be included in all courses whenever possible.
Previous Life Expectancy by Health Expenditure with Comments on Differences by Race
Next How Big is the Pay Gap Between Black Women and White Men?