What are the economic prospect for 2019 high school grads? 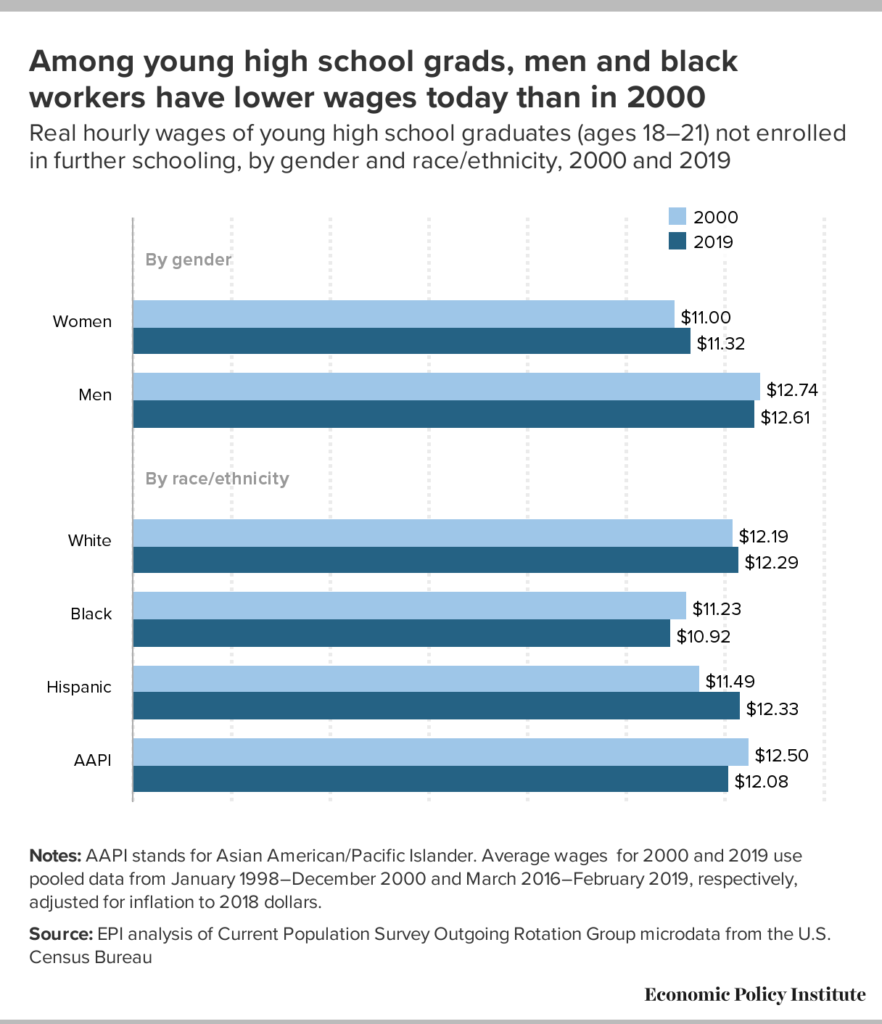 A few other highlights from the key findings:

Asian Americans/Pacific Islanders are significantly more likely to have begun on the college path at this age than any other racial/ethnic group.

Young black high school graduates are roughly twice as likely to be unemployed as their white and AAPI peers.

Black students (that go on to college) take on a disproportionate amount of debt, in part because their families generally accumulate less wealth than white families.

The entire report is worth reading.

Related post: What are the prospects for high school grads?

Thomas J. Pfaff is a Professor of Mathematics at Ithaca College. He created this website because he believes that sustainability, ranging from climate change to social justice, should be included in all courses whenever possible.
Previous Where do we buy our food?
Next Are hurricanes lingering near the coast longer?