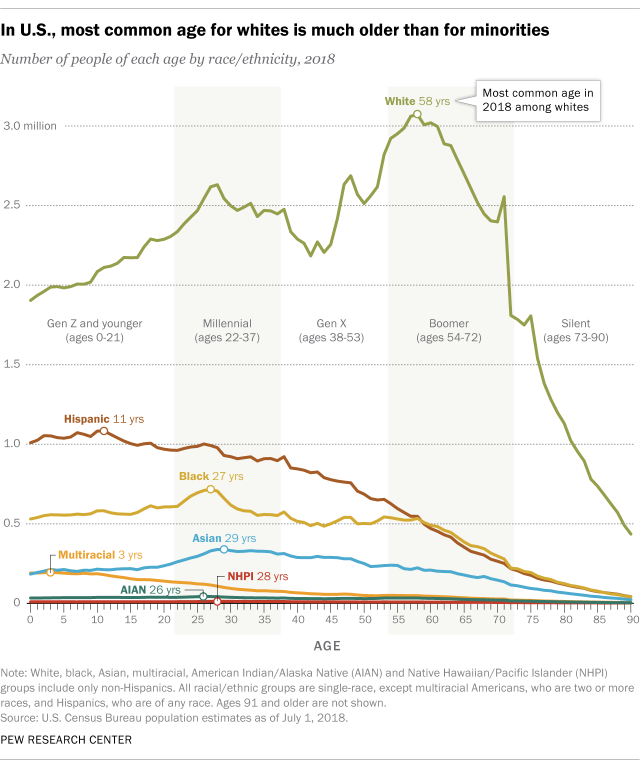 How much energy will we use in the future?

The EIA article EIA projects nearly 50% increase in world energy usage by 2050, led by growth in Asia by ARi Kahan (9/24/2019) provides regional energy consumption projections by decade through 2050.  The report includes six other graphs including sources of energy.

With the rapid growth of electricity generation, renewables—including solar, wind, and hydroelectric power—are the fastest-growing energy source between 2018 and 2050, surpassing petroleum and other liquids to become the most used energy source in the Reference case. Worldwide renewable energy consumption increases by 3.1% per year between 2018 and 2050, compared with 0.6% annual growth in petroleum and other liquids, 0.4% growth in coal, and 1.1% annual growth in natural gas consumption.

The eia projects that even with the rapid growth of renewables they will only make up 28% of energy production. There are links to the data.

How is the white working class share of the population changing? 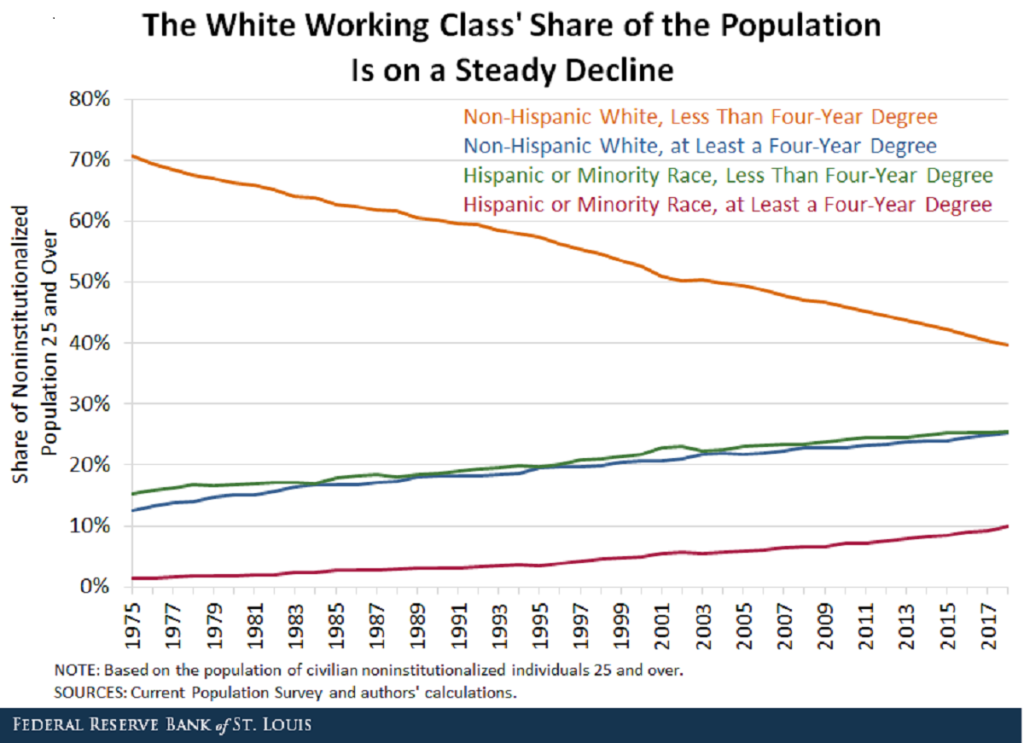 Both the white working class’ share and its absolute numbers are shrinking. In fact, our projections indicate that the white working class will be a minority group by 2034.3 Several trends may help to explain this group’s decline. For example, the shares and numbers of white four-year college graduates (i.e., white grads) and nonwhites are increasing.4

Of course, the shrinking absolute numbers of the white working class also contribute. Other researchers have convincingly argued that increases in “deaths of despair”—including alcohol, drug and other opioid-related deaths, and suicides—have hit middle-aged whites with less than a bachelor’s degree particularly hard.5

The article includes four graphs similar to the one copied here but for the four regions of the U.S. one of which the white working class is no longer the largest group. There are also links to the data.

Does NOAA have resources for teachers? 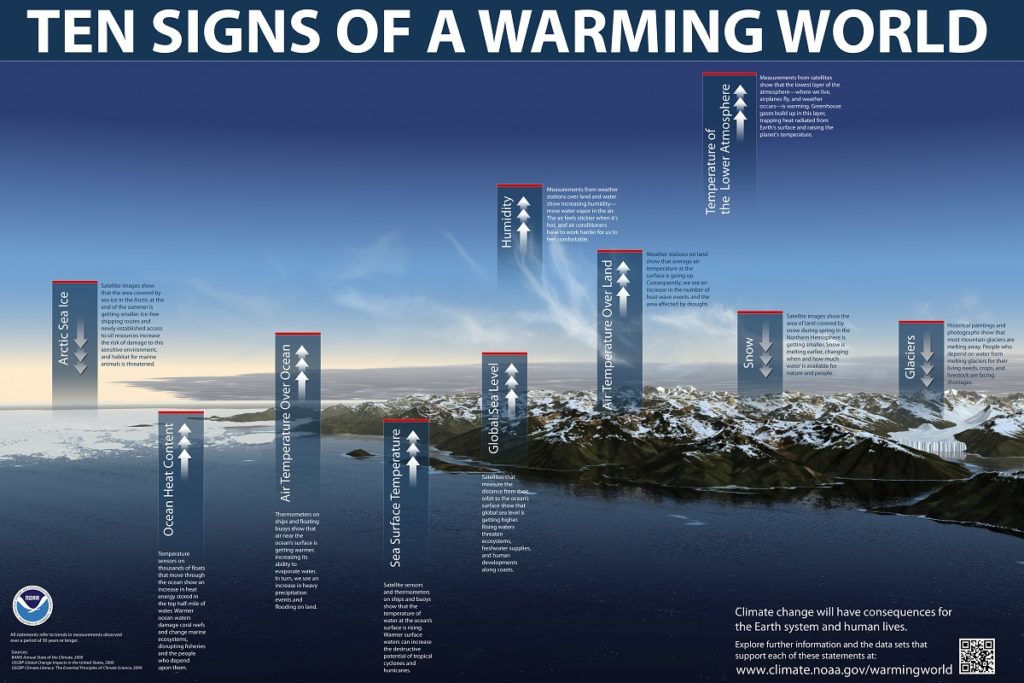 NOAA provides numerous resources for teachers including data sources, classroom materials, citizen scientists opportunities, and free posters (like the one copied here). A starting point to find these resources is the post Teachers: Get ready for the new school year with NOAA (8/5/19).

How closely linked are CO2 and Global Temperature?

The Climate.gov article, If carbon dioxide hits a new high every year, why ins’t every year hotter than the last by Rebecca Lindsey (9/9/19), provides a primer on the carbon dioxide and global temperature link, along with the role of the oceans.

Thanks to the high heat capacity of water and the huge volume of the global oceans, Earth’s surface temperature resists rapid changes. Said another way, some of the excess heat that greenhouse gases force the Earth’s surface to absorb in any given year is hidden for a time by the ocean. This delayed reaction means rising greenhouse gas levels don’t immediately have their full impact on surface temperature. Still, when we step back and look at the big picture, it’s clear the two are tightly connected.

There are nice rate of change statements:

Atmospheric carbon dioxide levels rose by around 20 parts per million over the 7 decades from 1880­–1950, while the temperature increased by an average of 0.04° C per decade.

There is another graph, a fun cartoon, and links to the data.

What is in the Income and Poverty 2018 report? 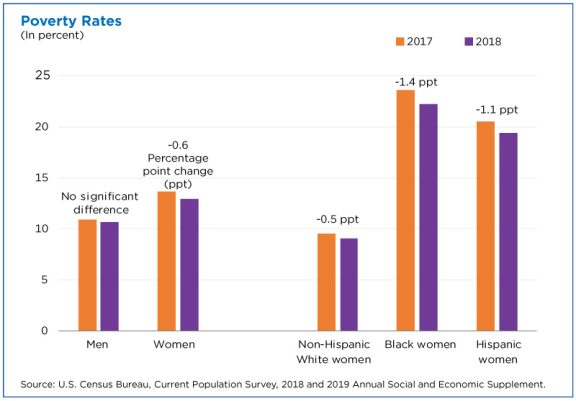 The U.S. Census Bureau report Income and Poverty in the United States: 2018 by Jessica Semega, Melissa Kollar, John Creamer, and Abinash Mohanty (9/10/19) is now available.  A few highlights can be found in the post Pay is Up. Poverty is Down. How Women are Making Strides  by Jessica Semega (9/10/19). For example, the graph copied here is poverty rates for  2917 and 2018 for men, women, and by race for women. In terms of households:

Median incomes of married-couple households and those with male householders did not change from 2017.

However, the poverty rate for families with a female householder declined from the previous year, at 26.2% in 2017.

The full report contains 20 pages of charts and summaries related to income and poverty by numerous categories. The other 50 or so pages are data tables that are also available in excel files (see links on right sidebar of the report page).  There is ample data here for use in courses. 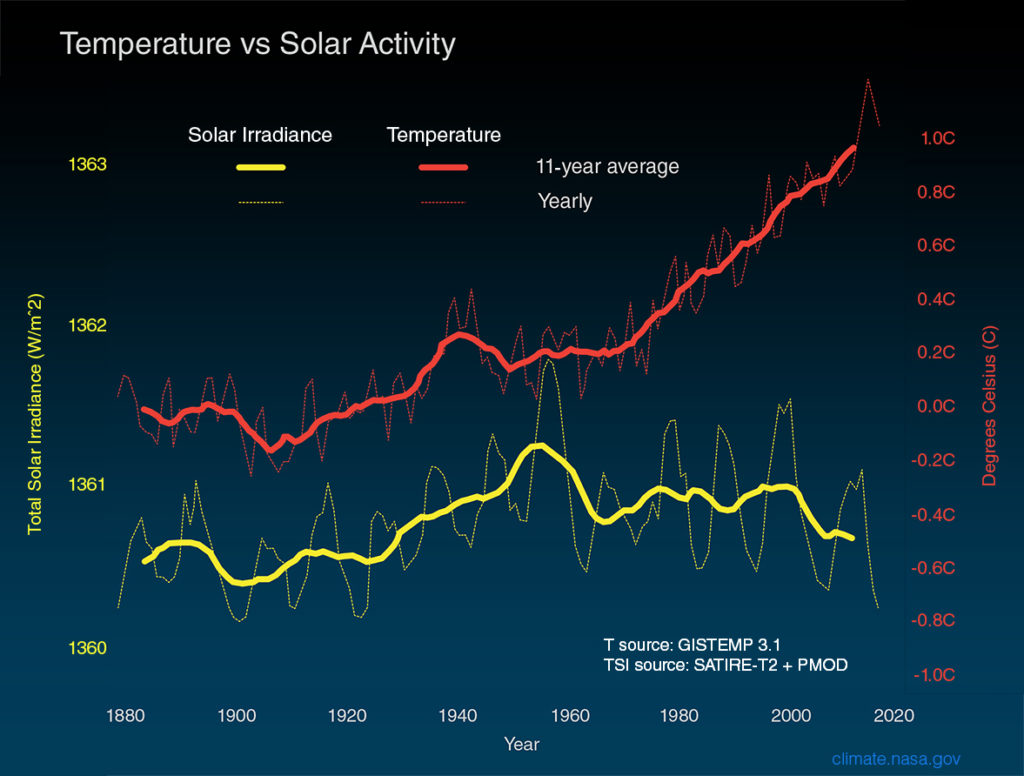 Where does NY state rank on energy consumption?

The eia Beta site allows users to choose a state to obtain energy information for that state.  When selecting a state users get data about energy consumption and production, along with other facts.

New York is the fifth-largest consumer of petroleum among the states, but, in part because almost three-tenths of state residents use public transit to commute to work (more than five times the U.S. average), New Yorkers consume less petroleum per capita than residents of any other state in the nation.

Is there a country where women smoke more than men? 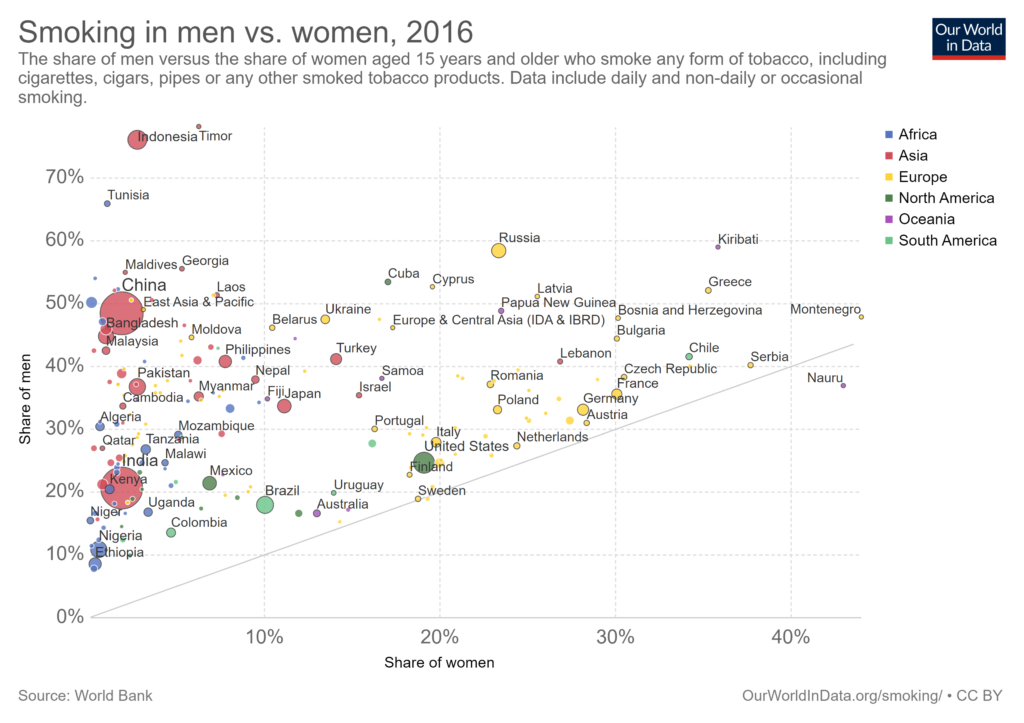 The Our World in Data page Smoking by max Roser and Hannah Ritchie has 19 graph, with data, related to smoking. In general, men smoke more than women except in Nauru (see graph copied here).

Every 5th adult in the world smokes tobacco. But there are large differences between men and women.

More than one-third (35%) of men in the world smoke. Just over 6% of women do. Here is the data for men; here for women.

We see that almost all countries lie above the grey line, meaning a higher share of men smoke. But there are a few exceptions: in the Pacific island-state of Nauru 43% of women smoke compared to 37% of men; and smoking rates in Denmark and Sweden show almost no sex difference. 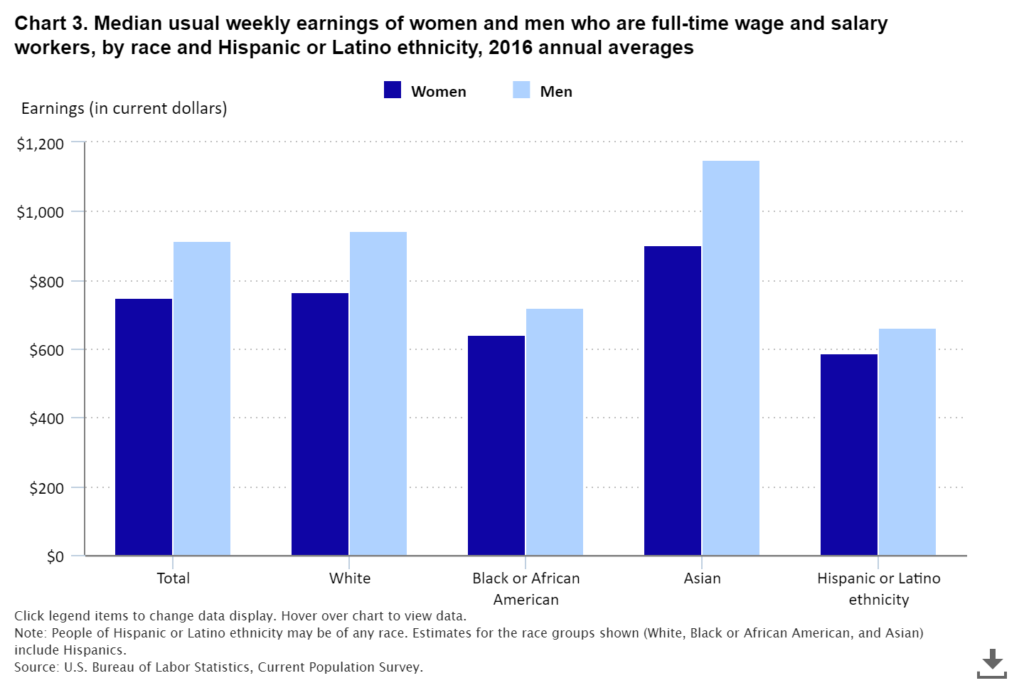