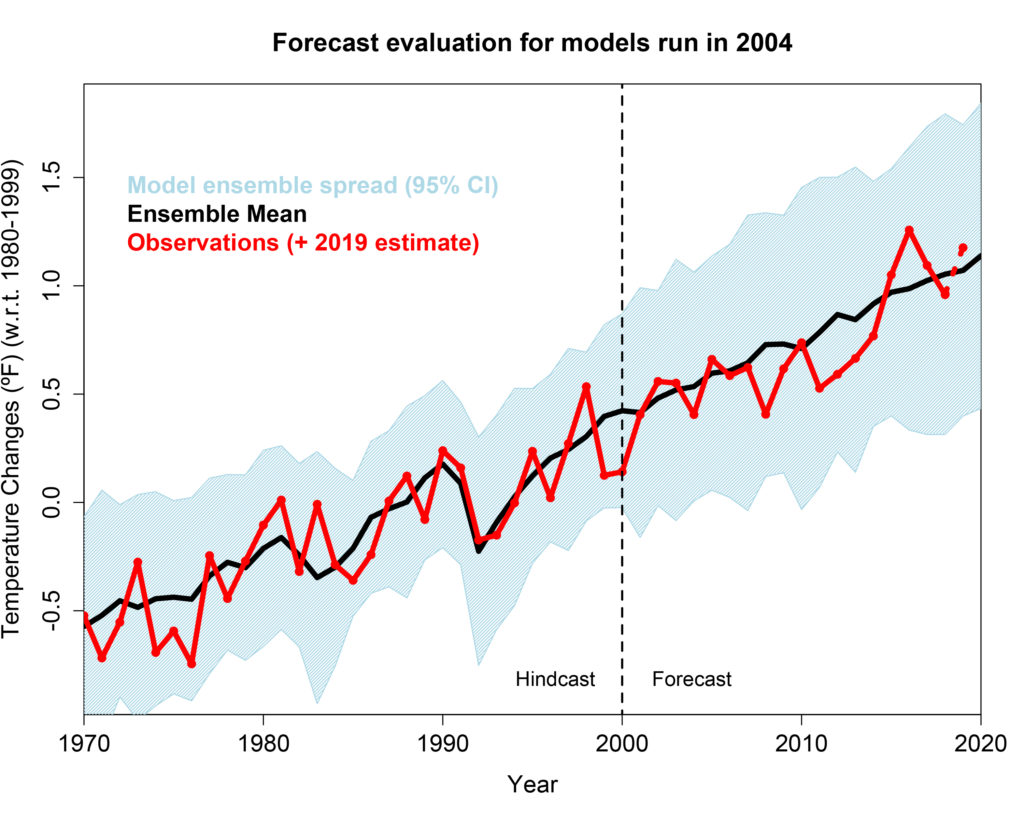 In a study accepted for publication in the journal Geophysical Research Letters, a research team led by Zeke Hausfather of the University of California, Berkeley, conducted a systematic evaluation of the performance of past climate models. The team compared 17 increasingly sophisticated model projections of global average temperature developed between 1970 and 2007, including some originally developed by NASA, with actual changes in global temperature observed through the end of 2017. The observational temperature data came from multiple sources, including NASA’s Goddard Institute for Space Studies Surface Temperature Analysis (GISTEMP) time series, an estimate of global surface temperature change.

The results: 10 of the model projections closely matched observations. Moreover, after accounting for differences between modeled and actual changes in atmospheric carbon dioxide and other factors that drive climate, the number increased to 14. The authors found no evidence that the climate models evaluated either systematically overestimated or underestimated warming over the period of their projections.

There are links to NASA data and graphs at the bottom of the post.