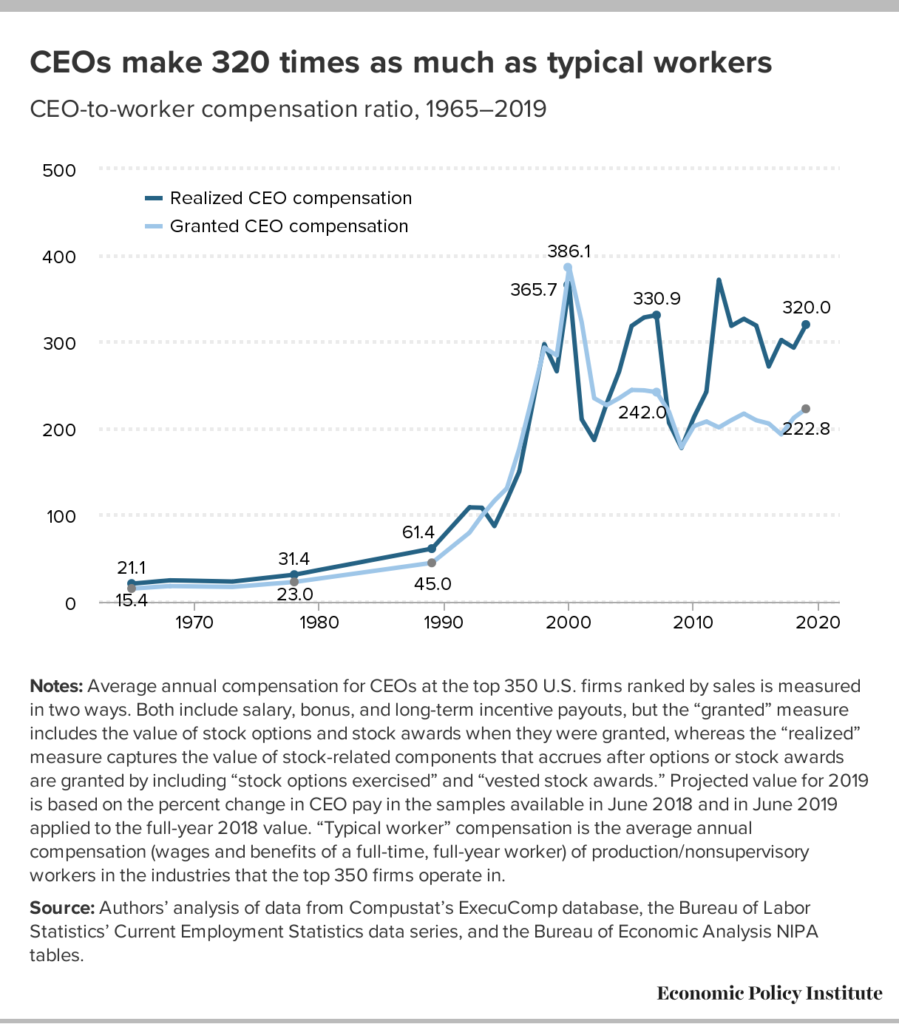 The EPI article CEO compensation surged 14% in 2019 to $21.3 million – CEOs now earn 320 times as much as a typical worker by Lawrence Mishel and Jori Kandra (8/18/2020) provides a detailed analysis of CEO pay. There are 6 charts/tables in the article with data as well as 9 key findings such as:

Over the last three decades, compensation grew far faster for CEOs than it did for other very highly paid workers (the top 0.1%, or those earning more than 99.9% of wage earners).

Thomas J. Pfaff is a Professor of Mathematics at Ithaca College. He created this website because he believes that sustainability, ranging from climate change to social justice, should be included in all courses whenever possible.
Previous How hot was July 2020?
Next How much of the U.S. is in drought?