Is the ozone hole improving? 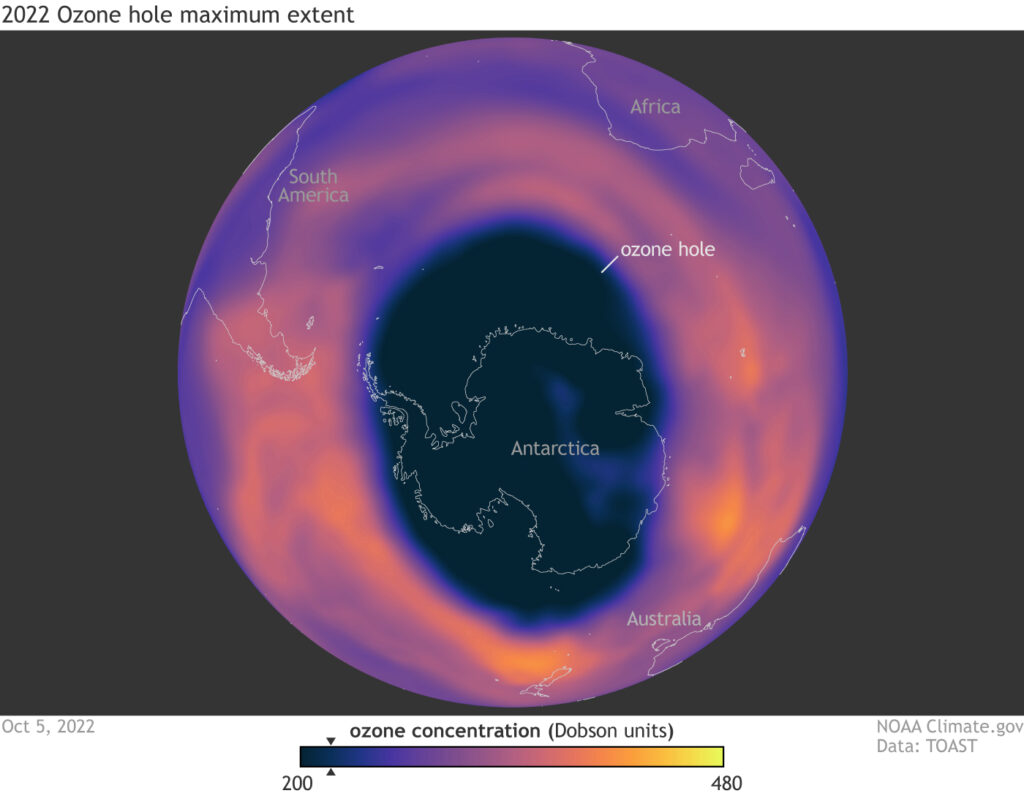 “Over time, steady progress is being made and the hole is getting smaller,” said Paul Newman, chief scientist for Earth Sciences at NASA’s Goddard Space Flight Center. “We see some wavering as weather changes and other factors make the numbers wiggle slightly from day to day and week to week. But overall, we see it decreasing through the last two decades. Eliminating ozone-depleting substances through the Montreal Protocol is shrinking the hole.”

Ozone hole data can be found at NASA Ozone Watch and there is a project on the Calculus Projects page.