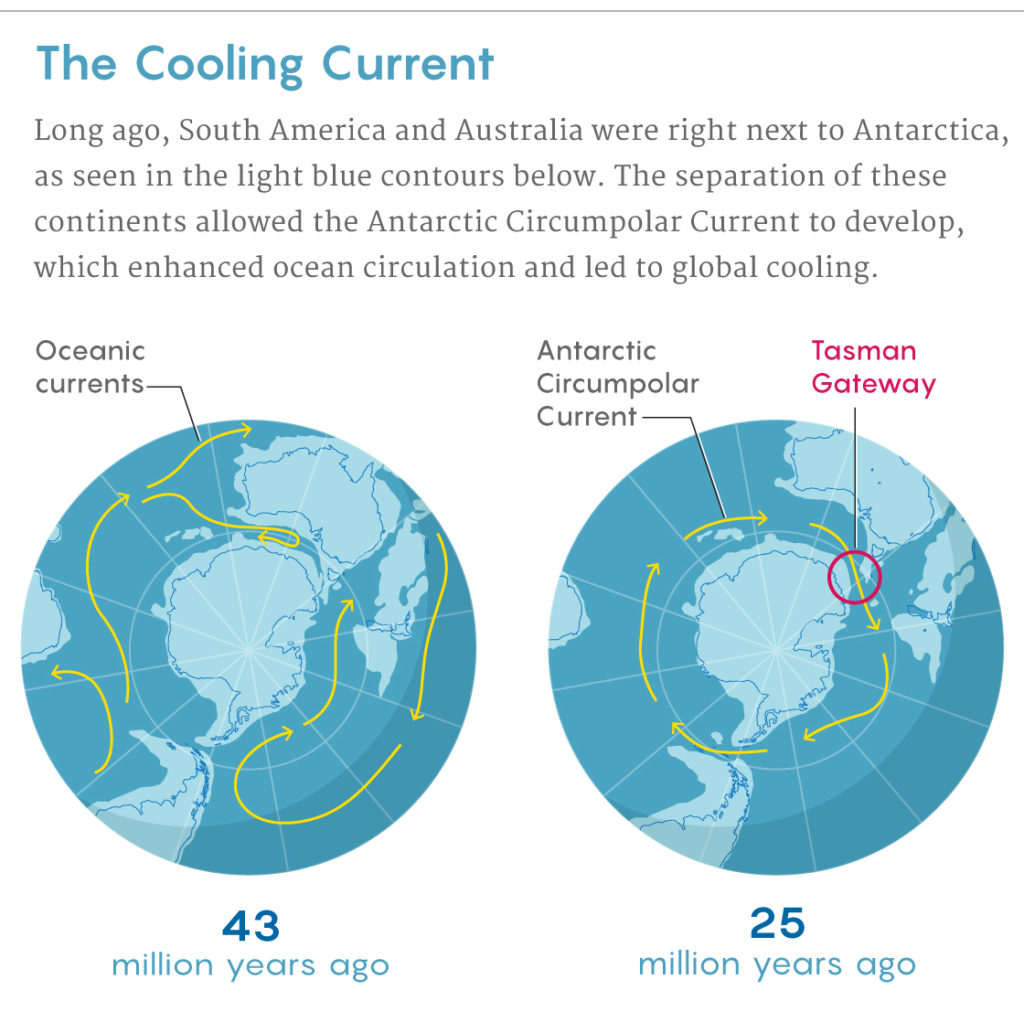 The article in Quanta Magazine How Earth’s Climate Changes Naturally (and Why Things are Different Now)  by Howard Lee (7/21/2020) provides a summary of 10 different causes that impact earth’s climate and how they compare with modern climate change. On example is plate tectonics as see in the graphic copied here. Another is Orbital Wobbles:

Earth’s orbit wobbles as the sun, the moon and other planets change their relative positions. These cyclical wobbles, called Milankovitch cycles, cause the amount of sunlight to vary at middle latitudes by up to 25% and cause the climate to oscillate. These cycles have operated throughout time, yielding the alternating layers of sediment you see in cliffs and road cuts.

This is a good article for quantitative literacy with the comparisons of magnitudes and time frames of different effects on the climate. To be clear

However, the weathering thermostat takes hundreds of thousands of years to react to changes in atmospheric carbon dioxide. Earth’s oceans can act somewhat faster to absorb and remove excess carbon, but even that takes millennia and can be overwhelmed, leading to ocean acidification. Each year, the burning of fossil fuels emits about 100 times more carbon dioxide than volcanoes emit — too much too fast for oceans and weathering to neutralize it, which is why our climate is warming and our oceans are acidifying.