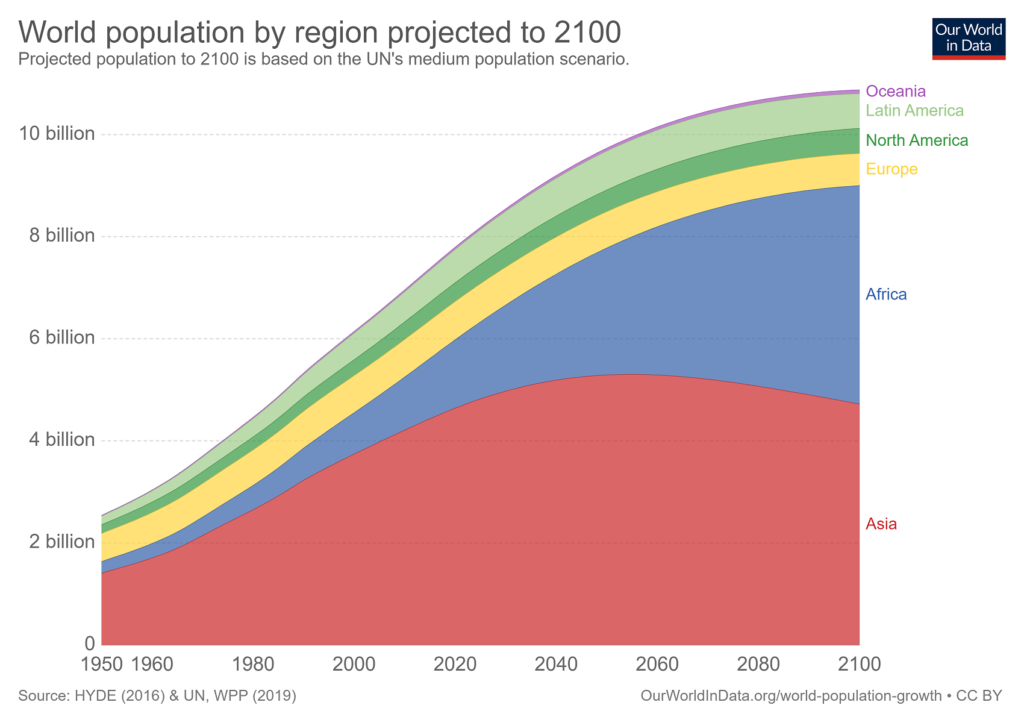 The Our World in Data article More than 8 out of 10 people in the world will live in Asia or Africa by 2100 by Hannah Ritchie (7/15/19) includes the (interactive) chart copied here with population projections by the United Nations.

The United Nations projects that world population growth will slow significantly over the course of the 21st century, coming close to its peak at 10.9 billion by 2100.

The striking change between now and 2100 is the expected growth in the African population. Today, its population is around 1.3 billion; by 2100 it’s projected to more than triple to 4.3 billion.

North, Central and South America, and Oceania, are projected to also see a rise in population this century – but this growth will be much more modest relative to growth in Africa. Europe is the only region where population is expected to fall – today its population stands at around 747 million; by 2100 this is projected to fall to 630 million.

The chart and the data can be downloaded.

Thomas J. Pfaff is a Professor of Mathematics at Ithaca College. He created this website because he believes that sustainability, ranging from climate change to social justice, should be included in all courses whenever possible.
Previous How hot was June 2019?
Next How much energy does the U.S. government consume? 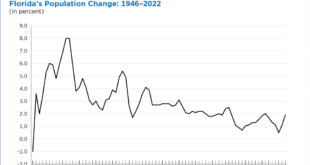 You probably looked at the graph already and know the answer, Florida. The graph is …