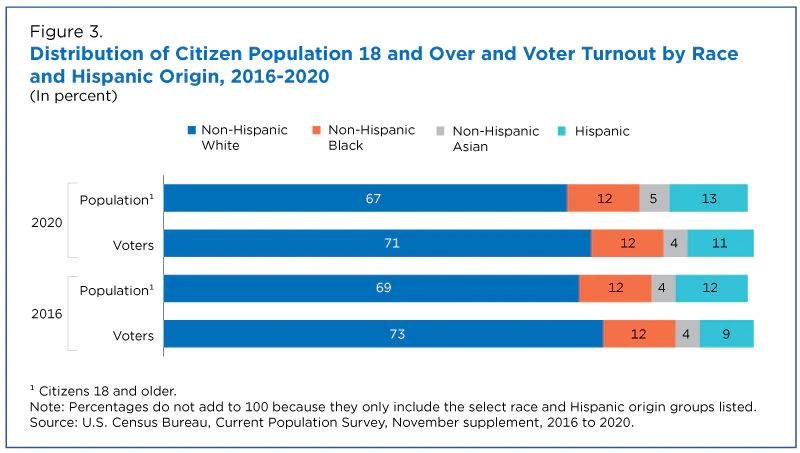 The Census Bureau provides an overview of who voted in 2020 and how that has changed in their article Record High Turnout in the 2020 General Election by Jacob Fabina (4/29/2021).

Three are a total of five figures and links to data.

Thomas J. Pfaff is a Professor of Mathematics at Ithaca College. He created this website because he believes that sustainability, ranging from climate change to social justice, should be included in all courses whenever possible.
Previous What are the energy use and emissions projections for 2021?
Next Where are the 1991-2020 U.S. Climate Normals?