What is the current information on wages trends? 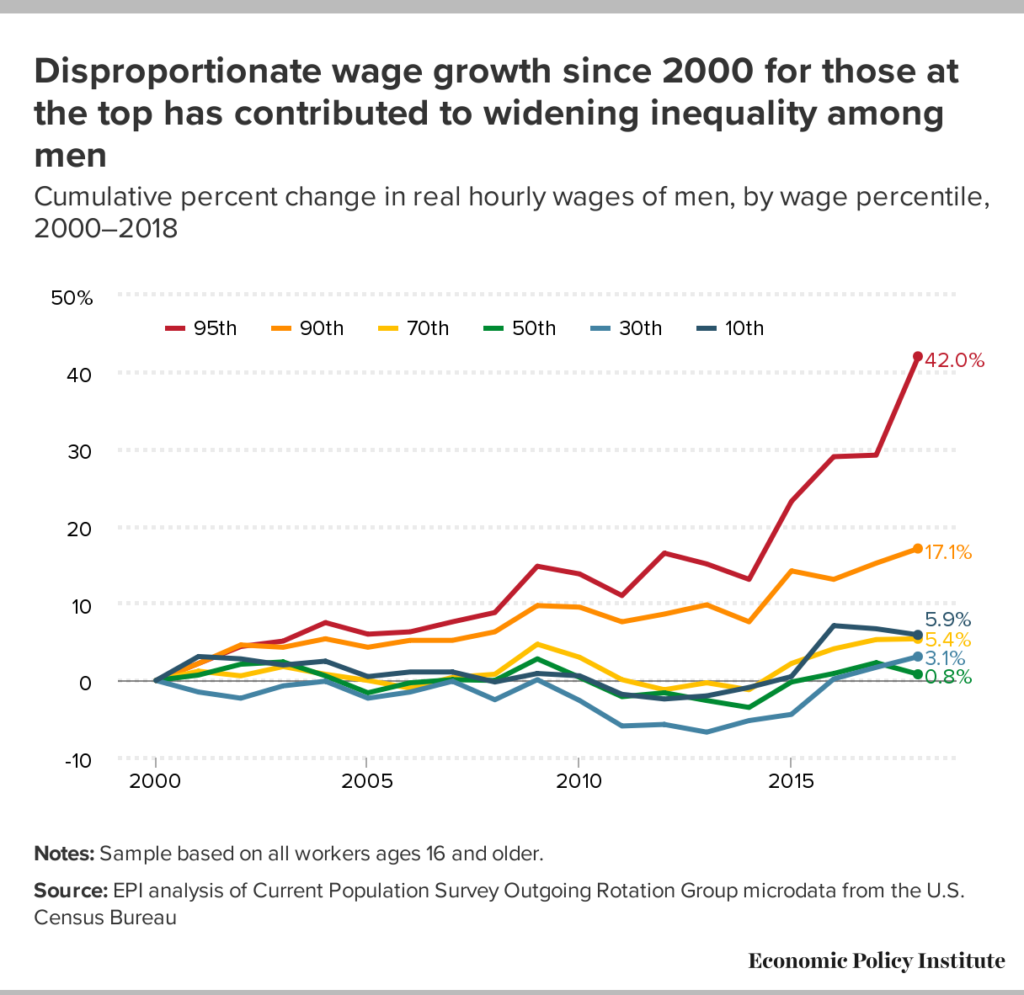 EPI has released its report: State of Working America Wages 2018, Wage inequality marches on – and is even threatening data reliability by Elise Gould (2/20/19). The report includes 19 tables and charts. The data and charts are easily downloaded, such as the chart here. The report is thorough and anyone reading it will likely be surprised about something.  A few selection from the report:

From 2017 to 2018, men at the 95th percentile saw large wage gains, while those at the middle and very bottom of their wage distribution experienced downright wage losses.

In both comparison periods, both men and women at the 10th percentile saw greater wage growth in states with minimum wage changes versus those without.

Related posts:  How have wages grown since 1980?
What is the pay gap between black women and white men?
What are the prospects for high school grads?

The Interactive Graphs page has two charts on wages.

Thomas J. Pfaff is a Professor of Mathematics at Ithaca College. He created this website because he believes that sustainability, ranging from climate change to social justice, should be included in all courses whenever possible.
Previous What do SSPs have to do with modeling climate change?
Next How important are clouds to our climate?