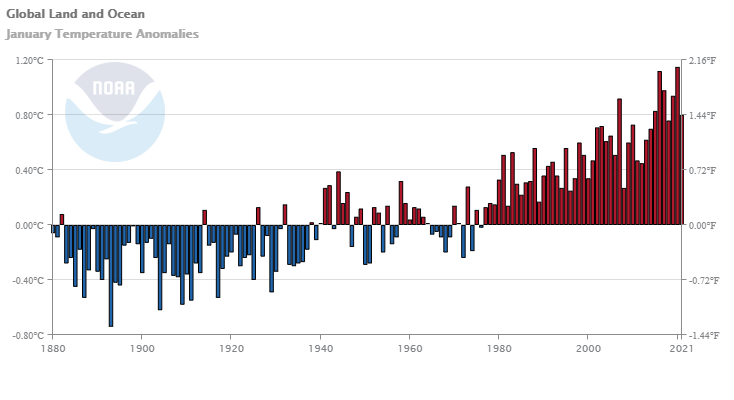 Only 7th warmest but

As a whole, about 5.93% of the world’s surface had a record-warm January temperature–the third highest January percentage since records began in 1951. Only Januarys of 2016 (15.73%) and 2020 (7.05%) had a higher percentage of record warm January temperatures. Meanwhile, much of northern Asia was at least 2.0°C (3.6°F) colder than average, in stark contrast to most of 2020, when the region was well above average.

As always the report is worth reading and the data in the graph is available.

Thomas J. Pfaff is a Professor of Mathematics at Ithaca College. He created this website because he believes that sustainability, ranging from climate change to social justice, should be included in all courses whenever possible.
Previous What are U.S. predicted energy CO2 emissions?
Next How do we model ocean plastic flow?