Why is life expectancy lower in the U.S.? 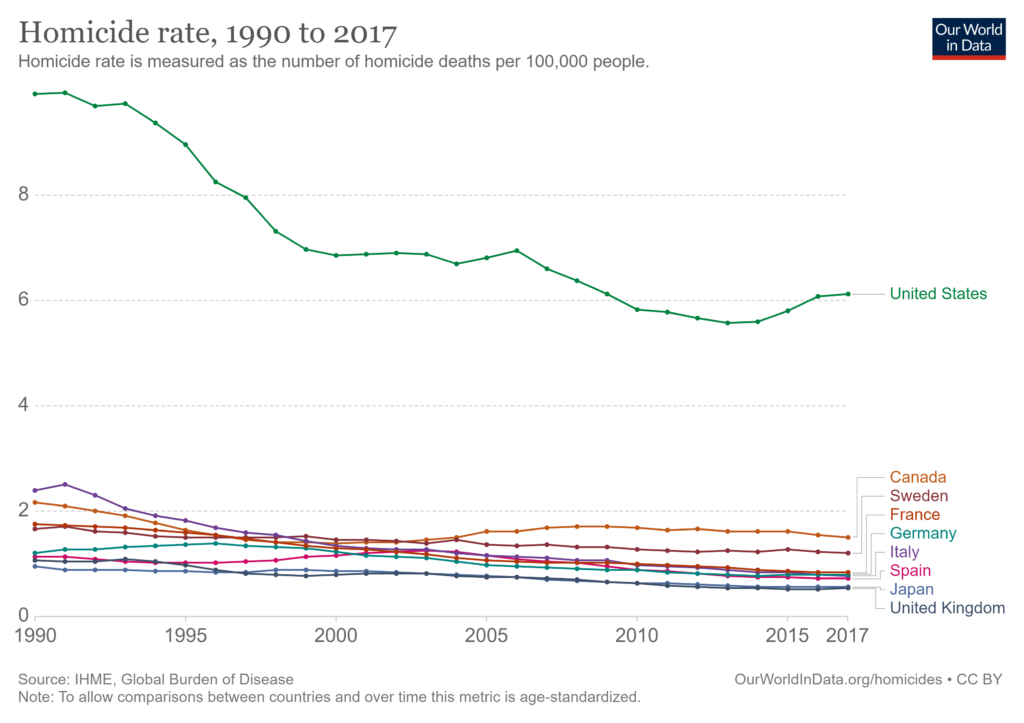 As a follow up to the Tuesday post, the Our World in Data article Why is life expectancy in the U.S. lower than other rich countries by Max Roser provides data on categories that contribute to the lower U.S. life expectancy. The article explores eight  categories: Smoking, Obesity, Homicides (graph copied here), Opioid Overdoses, Suicides, Road Accidents, Poverty and Economic Inequality, Access to Healthcare. A few facts from the article:

Deaths in road accidents are also much more common in the US than in most other rich countries. The chart shows that in many countries road deaths are at least 50% less common.

More than two-thirds of Americans (70%) are overweight and more than one-third (36%) is obese.

The charts for each of these categories have a link for the data.

Thomas J. Pfaff is a Professor of Mathematics at Ithaca College. He created this website because he believes that sustainability, ranging from climate change to social justice, should be included in all courses whenever possible.
Previous How does life expectancy in the U.S. compare to other countries?
Next How hot was the Pacific Northwest?