How much do corporation pay in local taxes? 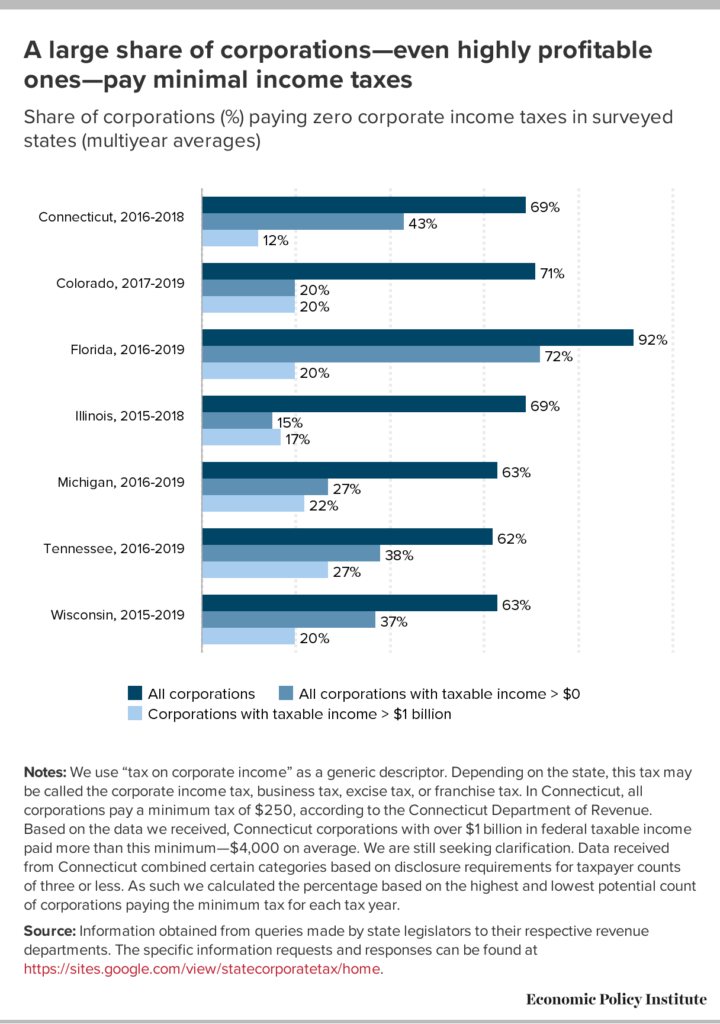 We tend to think of corporate taxes as a federal issues and less a local issue, but the article Reclaiming corporate tax revenues by Josh Bivens (4/14/2022) in EPI has some key takeaways:

Depending on how it is measured, the effective state and local tax rate on corporate profits shrunk by between a third and a half between 1989 and 2017.

The resulting revenue shortfall is estimated to be at least $43 billion and possibly as high as $57 billion.

The erosion of state corporate income tax revenue has nothing to do with corporations’ ability to pay. Indeed, corporate profits have risen even as corporate tax revenues have declined.

This has real consequences for state and local spending—constraining these governments’ ability to provide basic services to their residents.

State and local (S&L) public investment is more than the Fed:

The article is detailed with numerous charts (and data). Worth reading.

Thomas J. Pfaff is a Professor of Mathematics at Ithaca College. He created this website because he believes that sustainability, ranging from climate change to social justice, should be included in all courses whenever possible.
Previous How old is Arctic sea ice?
Next Are there more hurricanes due to climate change?