Is there a correlation between Homicide rate and voting? 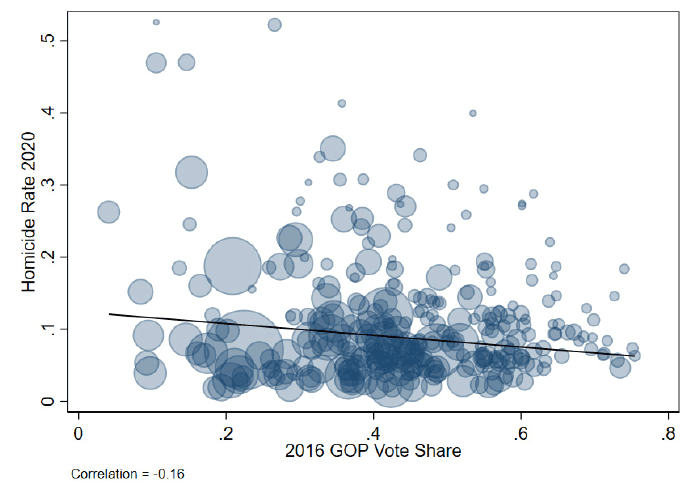 The Manhattan Institute* has a lengthy report on the increasing homicide rate, Breaking Down the 2020 Homicide Spike by Christos A. Makridis and Robert VerBruggen (5/18/2022), with numerous interesting charts. From the report (figure 7 copied here):

There is a lot to discuss in this article as well as ample quantitative literacy material. There is a discussion of methods and the CDC data they use is easy enough to locate.

* Yes, MI has a clear political leaning but that doesn’t make their work incorrect. Their data and methods are sound here and this should be engaged not ignored. If someone thinks something is incorrect then let me know.

Thomas J. Pfaff is a Professor of Mathematics at Ithaca College. He created this website because he believes that sustainability, ranging from climate change to social justice, should be included in all courses whenever possible.
Previous How hot was April 2022?
Next Is there a relationship between homicide and race?

Is there a relationship between homicide and race?