Nearly 92,000 Americans died of drug overdoses in 2020, marking a 30% increase from the year before, a 75% increase over five years and by far the highest annual total on record, according to the Centers for Disease Control and Prevention (CDC). Preliminary figures suggest that the 2021 death toll from overdoses may be even higher.

While overdose deaths in the U.S. were on the rise long before the outbreak of COVID-19 in March 2020, such fatalities have accelerated during the pandemic, the CDC has noted.

Nationwide, the monthly number of drug overdose deaths had never exceeded 6,500 before March 2020. Between March and December 2020, there were more than 7,100 such deaths each month, including nearly 9,400 in May 2020 alone.

There does not appear to be direct links to the data but there is plenty of quantitative info in the article.

Which party can speak more freely? The Pew article Republicans continue to see a national political climate more comfortable for Democrats than for GOP by Bradley Jones (12/8/2021) is another example of the disconnect in the U.S.

When Republicans take stock of the national climate for political discourse, they see a much more hospitable environment for Democrats than for members of their own party. About six-in-ten Republicans and Republican-leaning independents in the United States (63%) think that “Democrats in this country are very comfortable to freely and openly express their political views,” but only about two-in-ten (19%) think Republicans around the nation experience that same level of comfort.

Responses from Dems go the other way but aren’t as extreme. Pew provides the questions asked and the methodology.

Where is the center of the U.S population? 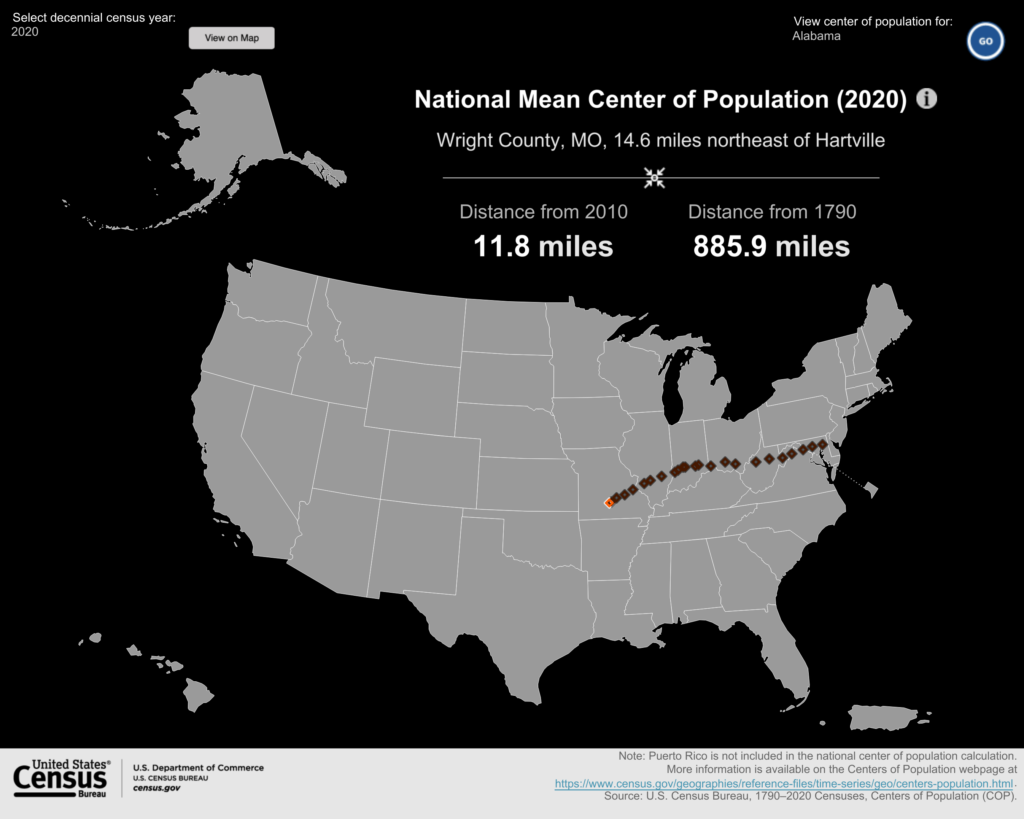 Every decade since the first census in 1790, the Census Bureau has used data from each decennial census to calculate the center of population — the point where the country would balance perfectly on a flat map if everyone had the same weight of one.

In addition to a national center of population, the Census Bureau also calculates centers of population for each state, county, census tract and census block group. Coordinates for each of these locations can be found on the Centers of Population webpage.

The map here shows the center and how it has moved since 1790. This is near the bottom of the article and it is interactive in that users can choose individual states. The link in the quote will take users to a page with lat and lon for the mean and median centers of each state.

Has much has poverty decreased? 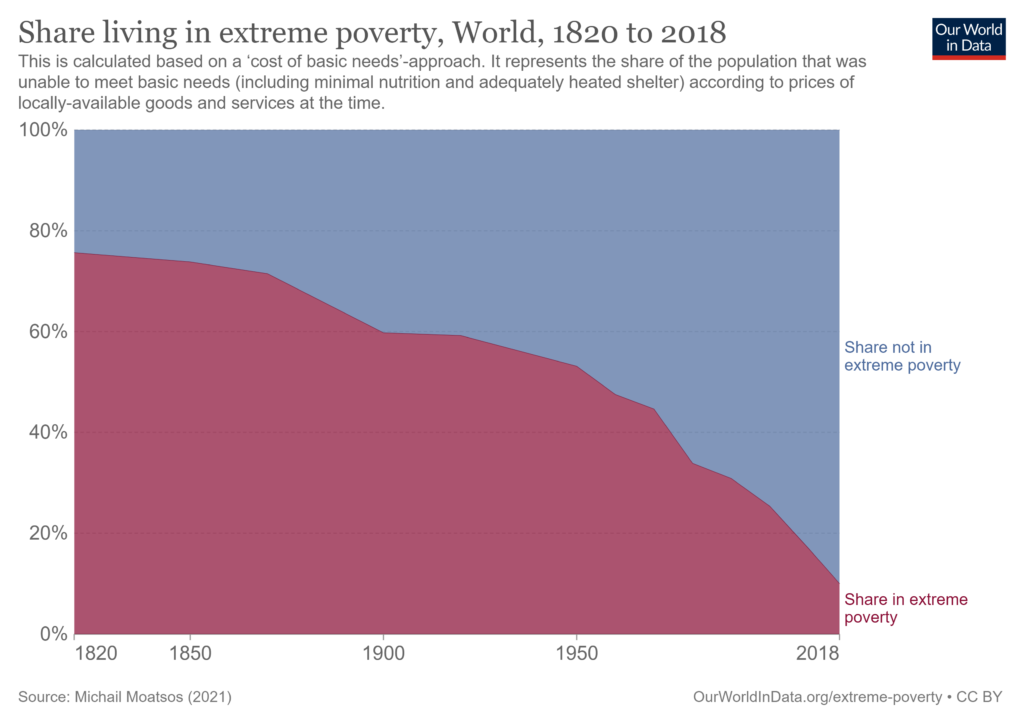 The Our World in Data article Extreme poverty: how far have we come, how far do we still have to go by Max Roser (11/22/2021) provides numerous graphs that quantify changes in poverty. The most general graph is copied here. This one is for the world but users can select specific countries instead of the world to produce a related graph.

The overall conclusion is summed up well by their summary:

Two centuries ago the majority of the world population was extremely poor. Back then it was widely believed that widespread poverty was inevitable. But this turned out to be wrong. Economic growth is possible and poverty can decline. The world has made immense progress against extreme poverty.

But even after two centuries of progress, extreme poverty is still the reality for every tenth person in the world. This is what the ‘international poverty line’ highlights – this metric plays an important (and successful) role in focusing the world’s attention on these very poorest people in the world.

The poorest people today live in countries which have achieved no growth. This stagnation of the world’s poorest economies is one of the largest problems of our time. Unless this changes millions of people will continue to live in extreme poverty.

There are some distribution type graphs that could be useful for statistics classes and most of the graph have an option to download the data.

Why are more women completing college than men? The Pew article What’s behind the growing gap between men and women in college completion? by Kim Parker (11/8/2021) notes:

Men are more likely than women to point to factors that have more to do with personal choice. Roughly a third (34%) of men without a bachelor’s degree say a major reason they didn’t complete college is that they just didn’t want to. Only one-in-four women say the same. Non-college-educated men are also more likely than their female counterparts to say a major reason they don’t have a four-year degree is that they didn’t need more education for the job or career they wanted (26% of men say this vs. 20% of women).

Women (44%) are more likely than men (39%) to say not being able to afford college is a major reason they don’t have a bachelor’s degree. Men and women are about equally likely to say needing to work to help support their family was a major impediment.

The reasons people give for not completing college also differ across racial and ethnic groups. Among those without a bachelor’s degree, Hispanic adults (52%) are more likely than those who are White (39%) or Black (41%) to say a major reason they didn’t graduate from a four-year college is that they couldn’t afford it.

There is information about the questions and methodology.

When and how will climate change impact crops? 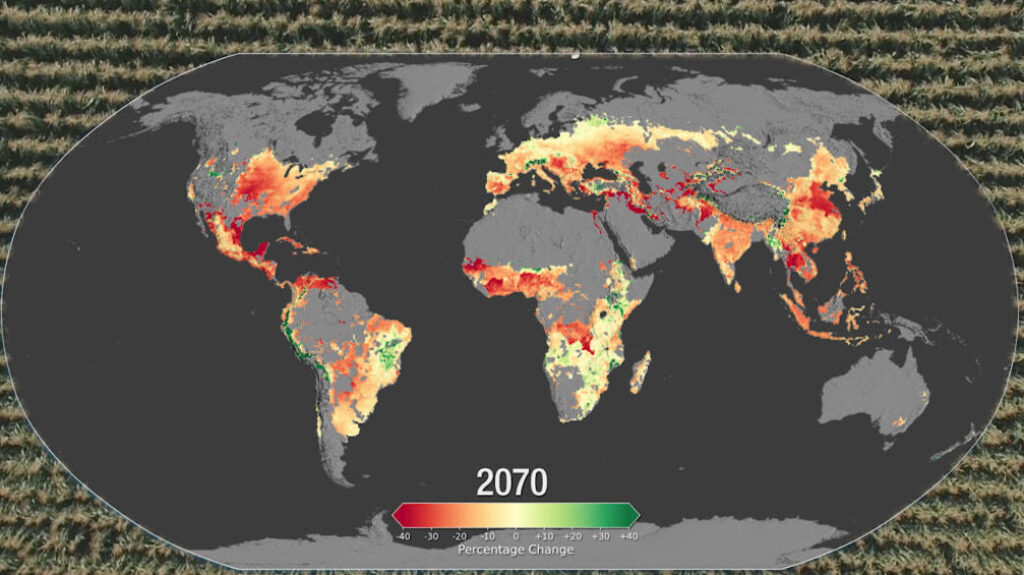 Climate change may affect the production of maize (corn) and wheat as early as 2030 under a high greenhouse gas emissions scenario, according to a new NASA study published in the journal, Nature Food. Maize crop yields are projected to decline 24%, while wheat could potentially see growth of about 17%.

What is one mechanism for the decline?

“You can think of plants as collecting sunlight over the course of the growing season,” said Ruane. “They’re collecting that energy and then putting it into the plant and the grain. So, if you rush through your growth stages, by the end of the season, you just haven’t collected as much energy.” As a result, the plant produces less total grain than it would with a longer development period. “By growing faster, your yield actually goes down.”

What are the U.S. opinions on police funding? The Pew article Growing share of Americans say they want more spending on police in their area by Kim Parker and Kiley Hurst (10/26/2021) compares police spending polls from June 2020 and Sept 2021. The overall summary is in the graph copied here. There are other charts including a breakdown by race, ethnicity, age, and political leaning. For example,

Among Democrats, Black (38%) and Hispanic (39%) adults are more likely than White adults (32%) to say spending on police in their area should be increased. There is no significant difference across these racial and ethnic groups in the share of adults who say spending should be decreased.

Within the GOP, White and Hispanic adults differ in their views on this question: 64% of White Republicans say police spending in their area should be increased, compared with 53% of Hispanic Republicans.

Pew included a methodology section for both polls.

How divided is the U.S.? The Pew report Diversity and Division in Advanced Economies by Laura Silver, Janell Fetterolf, and Aidan Connaughton (10/13/2021) has the U.S. is the top spot in a poll and not in a good way.  The chart copied here from Pew has the U.S. at the top for conflict between political parties and even the second highest response from the U.S. would be third in the most common response.

Notably, however, in most societies racial and ethnic divisions are not seen as the most salient cleavage. Rather, in the majority of places surveyed, more people identify conflicts between people who support different political parties than conflicts between people with different ethnic or racial backgrounds. Political divisions are also seen as greater than the other two dimensions tested: between those with different religions and between urban and rural residents. (For more on the actual composition of each public surveyed on each of these dimensions, see Appendix A.)

The report has over 20 charts and rich context to discuss the quantitative results. 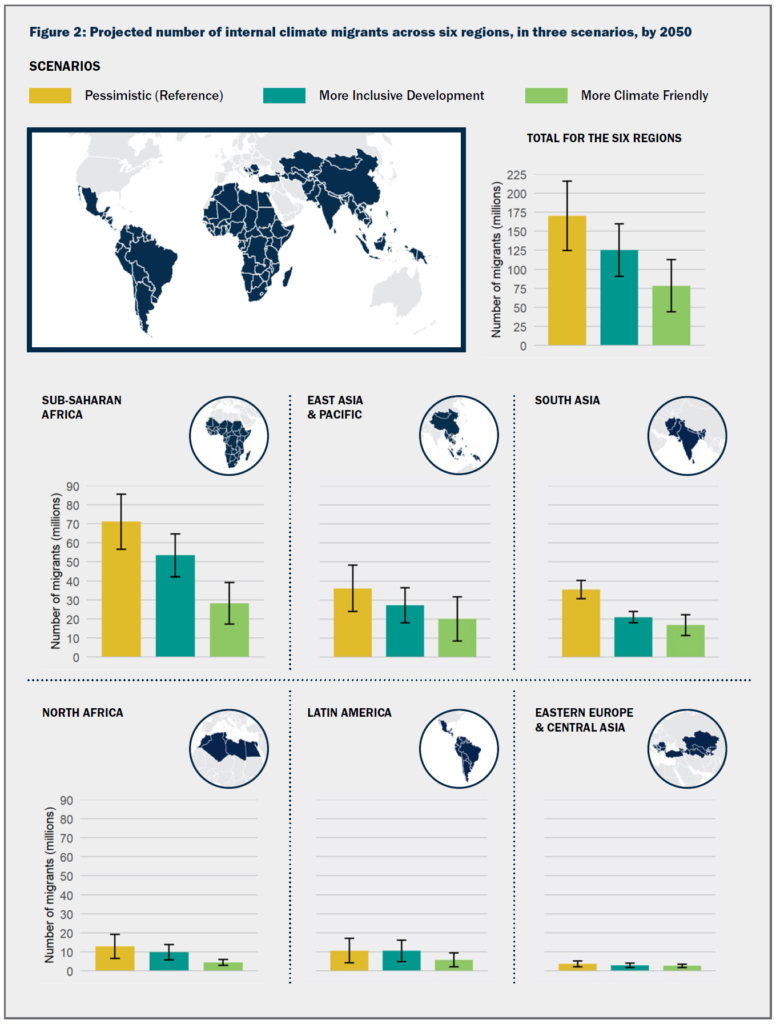 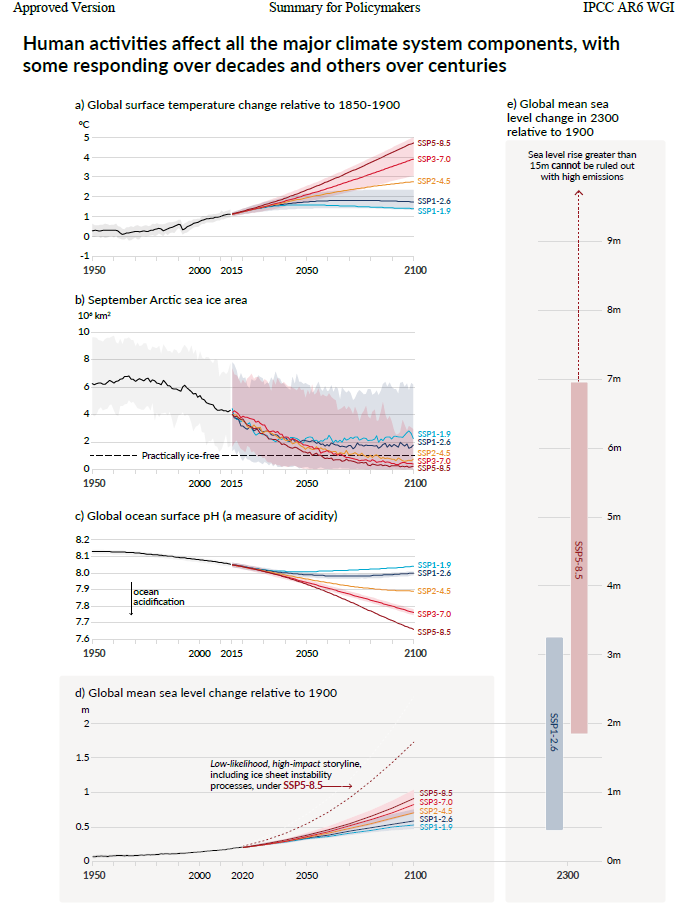