How much do your legos cost? 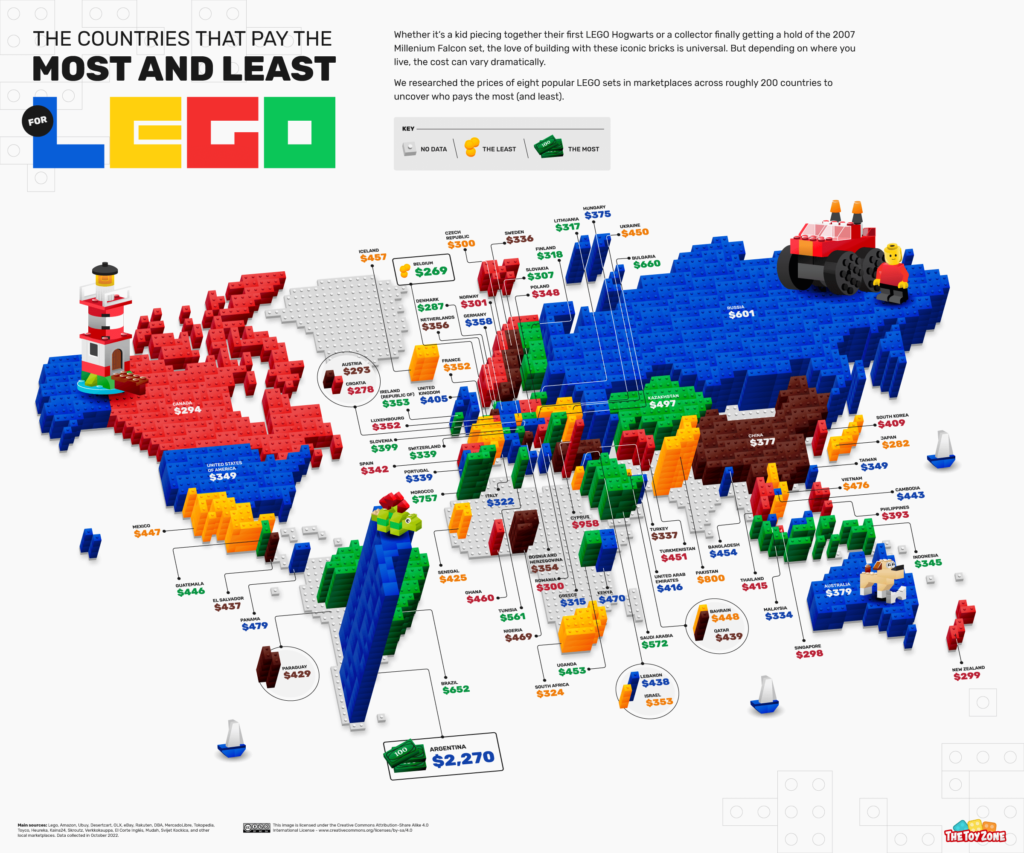 The cost of legos vary around the globe and the article The Countries that Pay the Most and Least for Lego by Jess Peace.

But LEGO also tells a tiny tale about world economics. The price of LEGO differs depending on the country where you shop. In fact, TheToyZone found a 744% difference between the average price of LEGO in the most and least expensive markets.

We researched the prices of eight popular LEGO sets in marketplaces across roughly 200 countries where new LEGO sets are sold and totaled up the average price for each territory. Then we converted our findings to US dollars and ranked the final figures to uncover the countries that pay more for their LEGO.

There are a bunch of graphics like the one copied here and you can zoom in to read all the prices. One has to appreciate the graphics and there is good QL info in the article.

I’m going to officially take a couple of weeks off. I passed 500 post this year and I’ve only missed a few of my biweekly posts. I’ll be back in 2023.

Thomas J. Pfaff is a Professor of Mathematics at Ithaca College. He created this website because he believes that sustainability, ranging from climate change to social justice, should be included in all courses whenever possible.
Previous What should we know about oil markets?
Next How expensive is fertilzer?