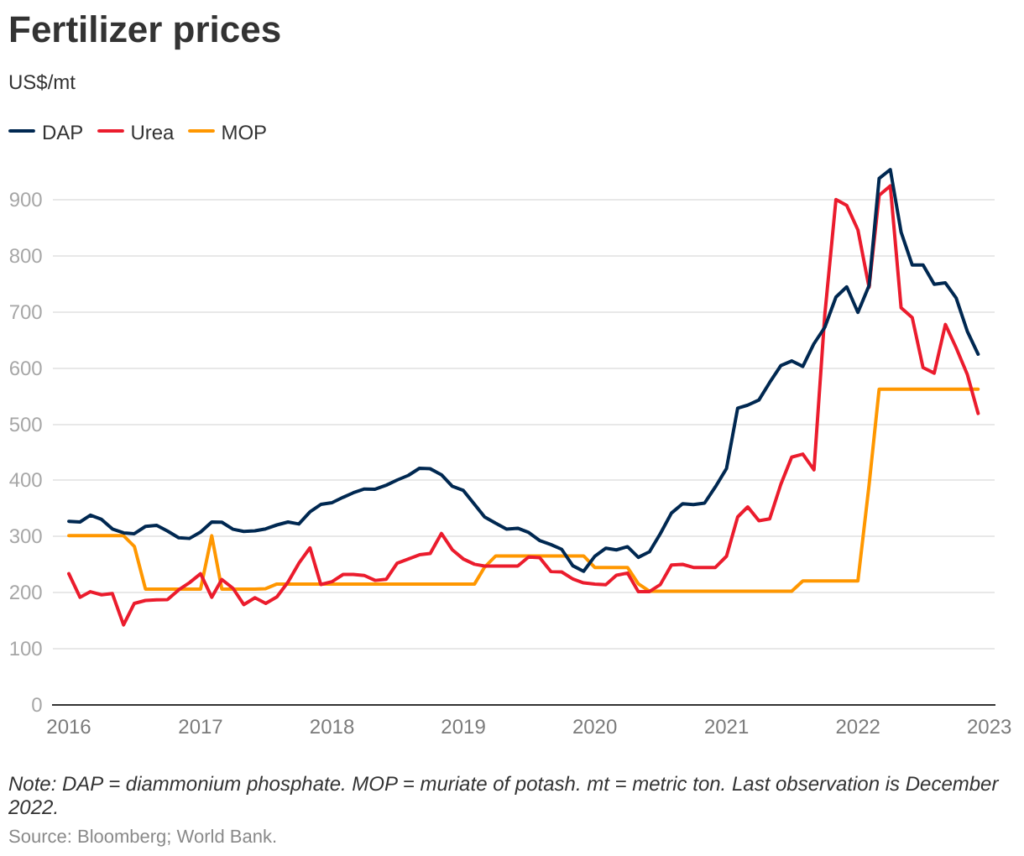 The world ban blog looks at fertilizer prices in the post Fertilizer prices ease but affordability and availability issues linger by John Baffes and Wee Chian Koh (1/5/2023).  In Europe

The sharp increase in natural gas prices in Europe has led to widespread production cutbacks in ammonia—an important input for nitrogen fertilizers. As of October 2022, about 70% of European ammonia production capacity had been reduced or shut down.  However, input costs have declined in recent months due to increase imports of liquefied natural for national reserves in Europe as well as expectations of a milder winter. This could allow some shuttered nitrogen fertilizer production facilities in Europe to resume operations.

Supply concerns have been exacerbated by China’s extension of export restrictions on fertilizers until the end of 2022 in order to maintain domestic availability. DAP exports from China, which accounts for 30% of global trade in DAP, fell by nearly 50% (y/y) during the first ten months of 2022. Meanwhile, Chinese urea exports declined by about 60% (y/y) over the same period.

There are four graphs and a link to the Commodity Markets page that has a bunch of data.

Thomas J. Pfaff is a Professor of Mathematics at Ithaca College. He created this website because he believes that sustainability, ranging from climate change to social justice, should be included in all courses whenever possible.
Previous How much do your legos cost?
Next Which state grew the fastest in 2022? 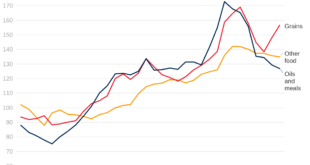 How much have food prices increased?