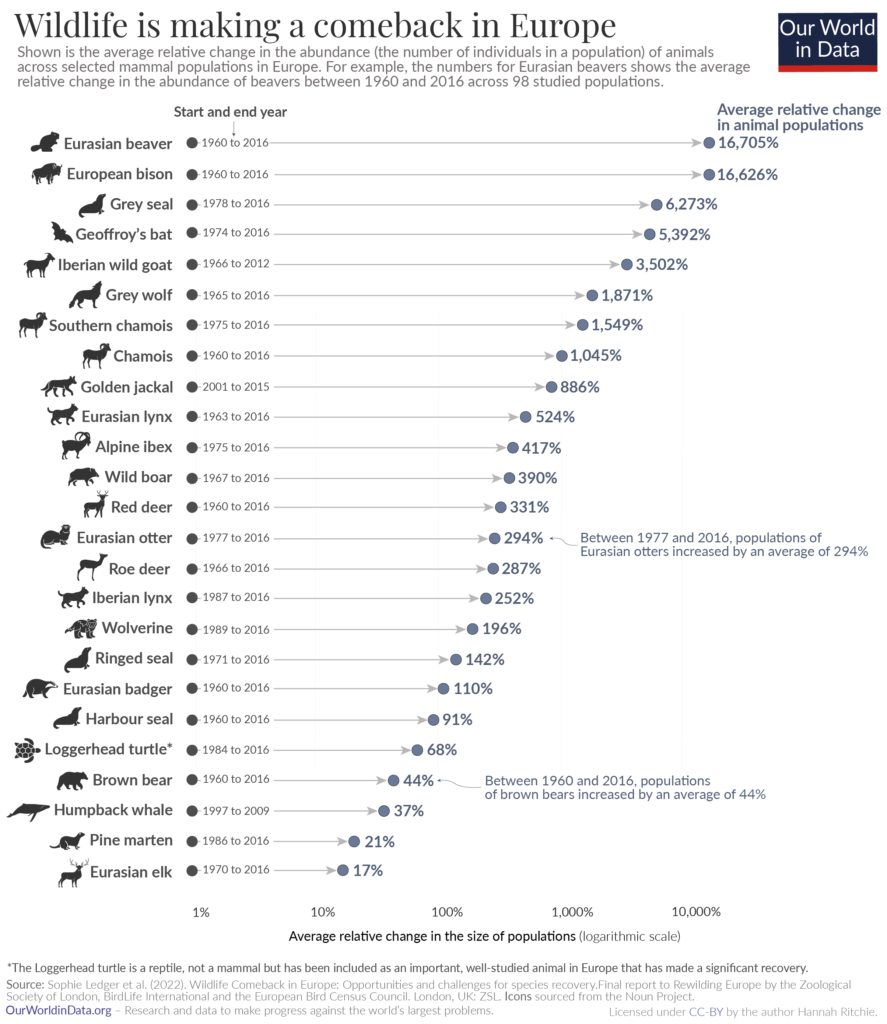 According to the Our World in Data article Wild mammals are making a comeback in Europe thanks to conservation efforts by Hannah Ritchie (9/27/2022) many mammal populations have increased as the chart shows.  The Eurasian beaver is thrilled:

The Eurasian beaver has made the most remarkable recovery. It’s estimated to have increased 167-fold, on average. There were likely only a few thousand beavers left in Europe in first half of the 20th century.6 Today there are more than 1.2 million.

Obtaining these estimate is a challenge and interesting:

For example, the result for Eurasian beavers is based on studies of 98 different populations. The grey wolf is based on 86 studies. For the Iberian lynx, high-quality time series were only available for 7 populations.

From a QL perspective it would be nice if the available data included the starting population size. It is also worth noting.

There are more than 250 European mammal species, so the ones that we covered here represent just 10% of the continent’s mammals. The fact that these species are doing well does not mean that all species are.

This article seems like it could be the basis for many projects.

Thomas J. Pfaff is a Professor of Mathematics at Ithaca College. He created this website because he believes that sustainability, ranging from climate change to social justice, should be included in all courses whenever possible.
Previous How big is Ian’s storm surge?
Next Which political side is losing more?

How much have cod catches in Eastern Canada changed?