How much debt do students have by race? 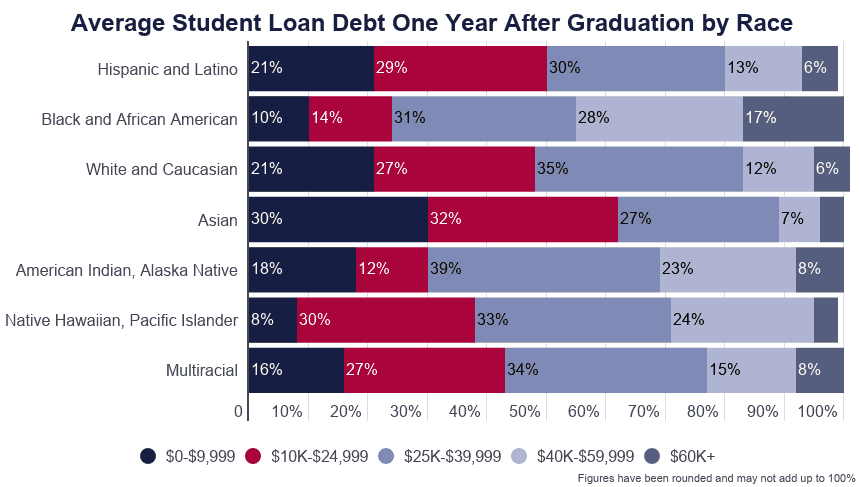 The EducationalData.org post Student Loan Debt by Race by Melanie Hanson (6/9/21) has three excellent graphs such as the one copied here. It may not be surprising that Asians have the least debt given Asians have the highest income, but Hispanic and Latino debt is almost identical to White and Caucasian debt yet their income is typically closer to the Black and African American community.  From a statistical standpoint the first bullet in the highlights

is a bit misleading. Given the skewness of the data (the 17% in the top category for Black and African American) one should also report a median difference, which looks to be closer to around $10,000. Interestingly, in all cases the median debt is below the $39,000, which is manageable college debt in most cases. The question that comes to mind is how much lower would this be if median income increased at the same pace as the stock market or top 1%?

The article has sources but no easily downloadable data set.

Thomas J. Pfaff is a Professor of Mathematics at Ithaca College. He created this website because he believes that sustainability, ranging from climate change to social justice, should be included in all courses whenever possible.
Previous What are stripes again?
Next How does life expectancy in the U.S. compare to other countries?