Who is driving U.S. population growth? 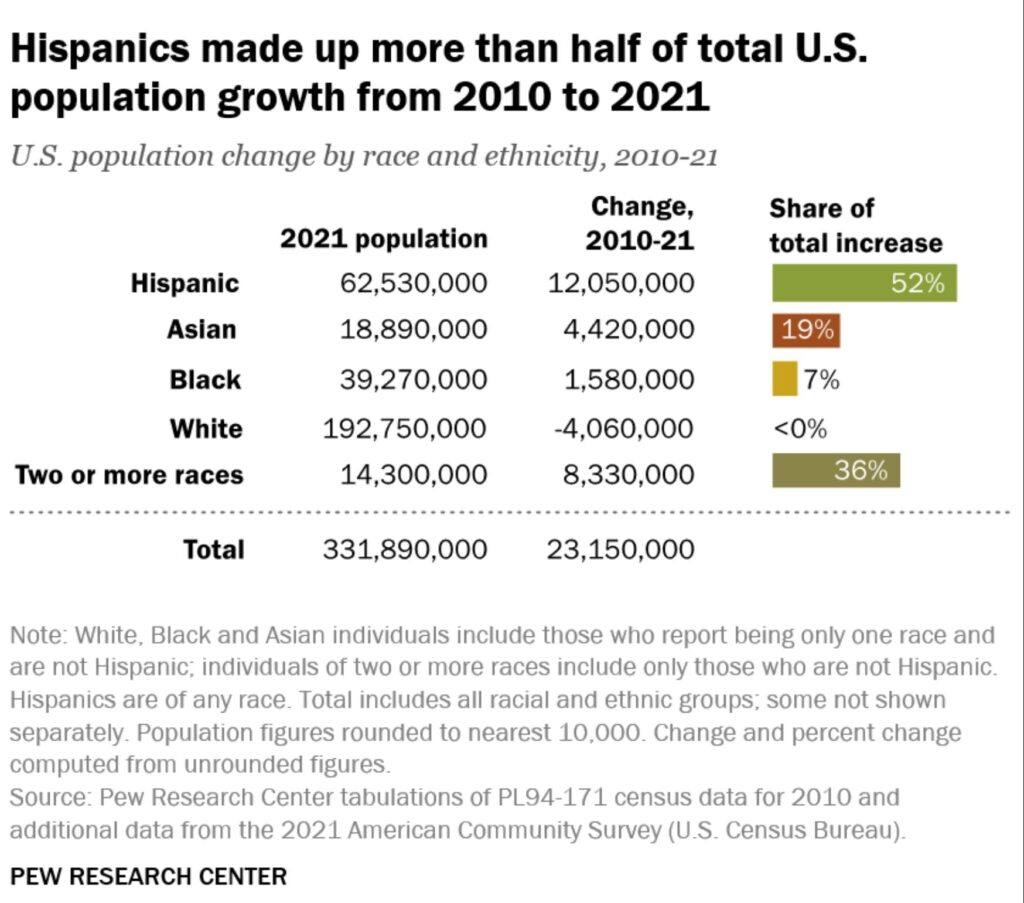 The U.S. population grew by 23.1 million from 2010 to 2021, and Hispanics accounted for 52% of this increase – a greater share than any other racial or ethnic group.

There is a great QL point here in that:

In other words, the  Asian population grew faster but from a smaller count. There are numerous graphics in the article.

Thomas J. Pfaff is a Professor of Mathematics at Ithaca College. He created this website because he believes that sustainability, ranging from climate change to social justice, should be included in all courses whenever possible.
Previous Has Lake Mead Improved?
Next How big is Ian’s storm surge?