What is the CEO-to-worker compensation ratio? 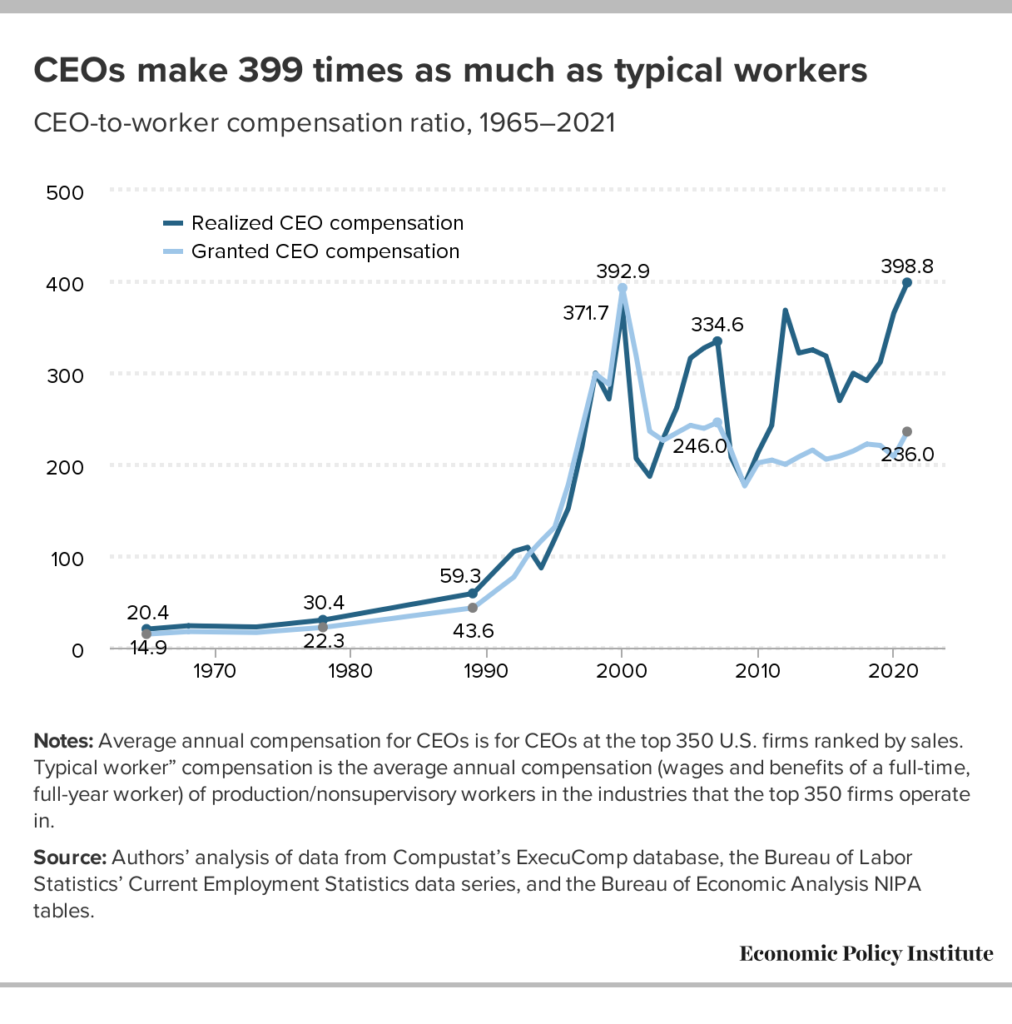 The Economic Policy Institute article CEO pay has skyrocketed 1,460% since 1978 by Josh Bivens and Jori Kandra (10/2/2022) include the chart here. Definitions first:

The realized measure of compensation includes the value of stock options as realized (i.e., exercised), capturing the change from when the options were granted to when the CEO invokes the options, usually after the stock price has risen and the options values have increased.

The granted measure of compensation values stock options and restricted stock awards by their “fair value” when granted. (Compustat estimates of the fair value of options and stock awards as granted are determined using the Black-Scholes model.)

One outlier (he has the money to buy twitter I guess):

In 2021, Elon Musk (CEO of Tesla Motors) exercised $23.5 billion worth of stock options that would have expired in 2022. Under our “realized” methodology, this would have made his pay almost 1,000 times that of the average large-company CEO. Including him in our sample would have resulted in an increase of CEO pay in 2021 relative to 2020 of over 300% (the “average” for the sample would have been just under $100 million).

Because inclusion of this extreme outlier would have made this year’s numbers incomparable with previous years’ numbers, we opted to exclude Tesla and Musk from our sample entirely.

The article is excellent not just because of all the other graphs and access to data but they thoroughly explain their methodology.

Thomas J. Pfaff is a Professor of Mathematics at Ithaca College. He created this website because he believes that sustainability, ranging from climate change to social justice, should be included in all courses whenever possible.
Previous Which political side is losing more?
Next What is Climate Mapping for Resilience and Adaptation?