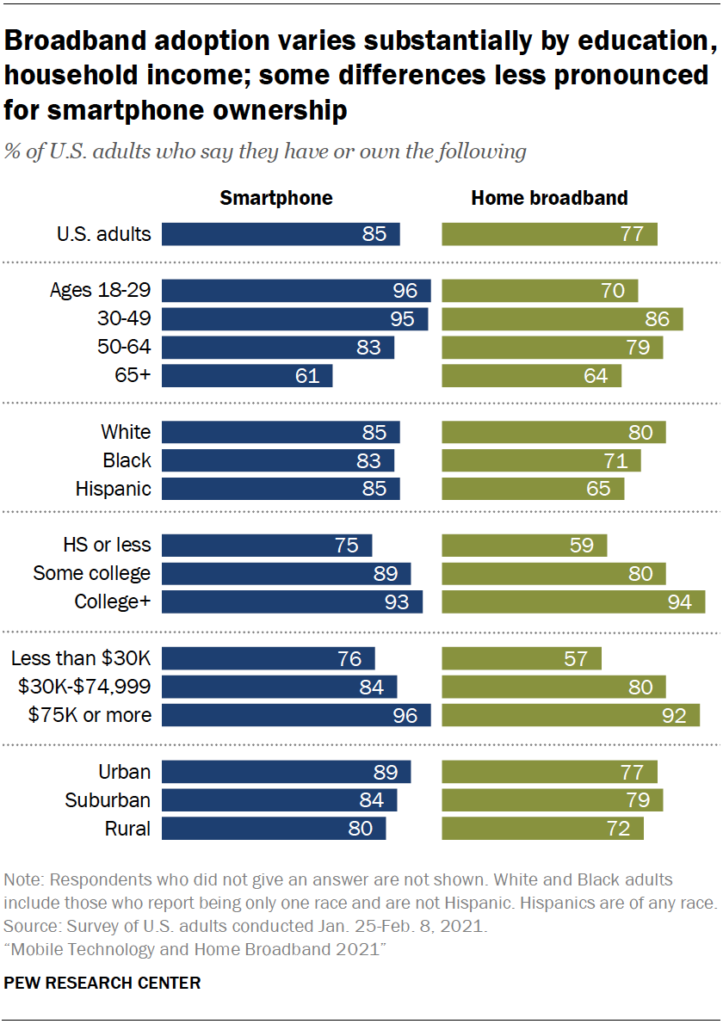 The Pew article Mobile Technology and Home Broadband 2021 by Andrew Perrin (6/3/2021) summarizes the results of their smartphone and home broadband survey.

Smartphone ownership (85%) and home broadband subscriptions (77%) have increased among American adults since 2019 – from 81% and 73% respectively. Though modest, both increases are statistically significant and come at a time when a majority of Americans say the internet has been important to them personally. And 91% of adults report having at least one of these technologies.

There are differences between various groups (see their graph copied here):

The share of Americans with home broadband subscriptions has similarly grown since 2019 – from 73% of adults saying they have one in the previous survey to 77% today. There are more pronounced variations across some demographic groups, particularly in differences by annual household income and educational attainment. For example, 92% of adults in households earning $75,000 or more per year say they have broadband internet at home. But that share falls to 57% among those whose annual household income is below $30,000.

There are other graphs in the article and Pew provides a methodology section with access to data.

Thomas J. Pfaff is a Professor of Mathematics at Ithaca College. He created this website because he believes that sustainability, ranging from climate change to social justice, should be included in all courses whenever possible.
Previous How hot was May 2021?
Next What are stripes again?