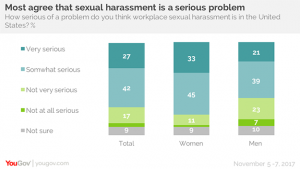 What country produces the greatest amount of their electicity with renewable resources? 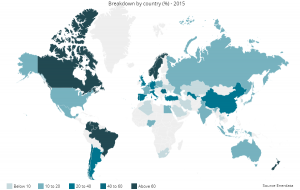 How much later are frosts occurring? 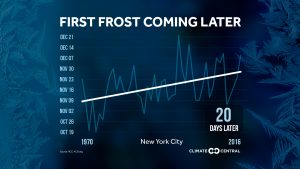 Climate Central has your answer with its post The First Frost is Coming Later. They provide graphs, like the one here for NYC (about 20 days later since 1970), for most major cities in the U.S.  They don’t provide the data, but you can try and send them an email and they may send it to you. Alternatively, this could be a great stats project where students get the data themselves for a city of their choice and create the chart. You can get weather data from NOAA Climate Data Online.

Are We Seeing More Hurricanes in the North Atlantic?

The Tropical Meteorology Project at CSU posts data on hurricanes (and tropical storms). From their data we created this bar chart that shows the top 21 years of hurricanes based on the number of storms.  Of the top 21, eleven have occurred since 2000, and 2017 will already be in the top 21 with 16 storms. This will make it twelve of the top 21 since 2000 at years end.  The posted data set at the Tropical Meteorology Project includes named storm days, hurricanes, hurricane days, major hurricanes, major hurricane days, and accumulated cyclone energy.

Which World Region Emits the Most CO2?

Our World in Data’s latest visualization is this graph of CO2 emissions by world region.  If you go to the page you will find the usual high quality interactive graph with data in a excel file.  You can read off the graph that in 2015 China emitted 10.23 Gt of CO2 while the U.S. emitted 5.1 Gt.  On the other hand, while China emitted about twice as much CO2 their population is about four times the size of the U.S.

How can we investigate snow cover? 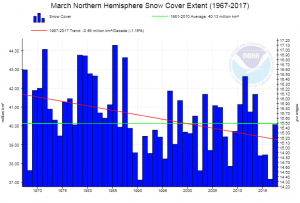 NOAA has a page, Sea Ice and Snow Cover Extent, where you can create graphs for snow cover by four regions (Northern Hemisphere, North America and Greenland, Eurasia, and North America) for each month of the year. For example the graph here is for North America in March. The green line is the average and the red the trend. For each graph you can download the associated data or simply download the graph. 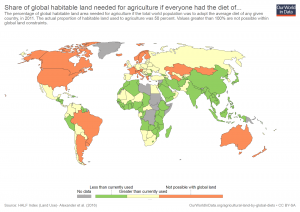 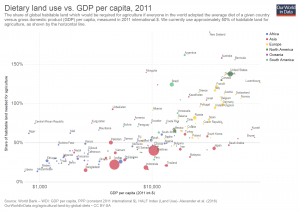 How Much Are Fossil Fuels Subsidized? 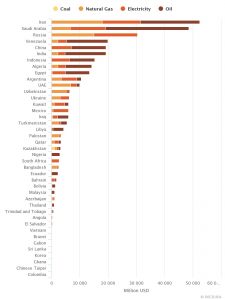 Here is a post from the International Energy Agency (IEA). Energy Subsidies,with an interactive graph and data in an Excel spreadsheet. The data is in Millions of USD and you’ll see that the subsidies aren’t insignificant.

The value of global fossil-fuel consumption subsidies in 2015 is estimated at around USD 320 billion, much lower than the estimate for 2014, which was close to USD 500 billion.

Interestingly, the U.S. isn’t in the chart or Excel file and so the global subsidies likely don’t include the U.S. Still, the data is useful. 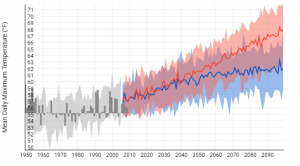 One of the best ways to engage students in sustainability discussions is to use local information. NOAA has you covered with The Climate Explorer.  You can type in your zip code and get historical and projected climate data.  Today we highlight temperature. For example, the associated graph is the average annual maximum temperature for Tompkins County (home of this blog). The dark gray boxes are historical data. The blue and red lines are projections based on low and high emission scenarios. You can download the graph (just like we did here) and the data. There are numerous choices including average annual minimum temperatures, days above 95 degrees and days below 32 degrees.  You can also select monthly or seasonal data. The site is phenomenal and there must be numerous courses that can take advantage of the graph and data.