Who are the low-wage workers? 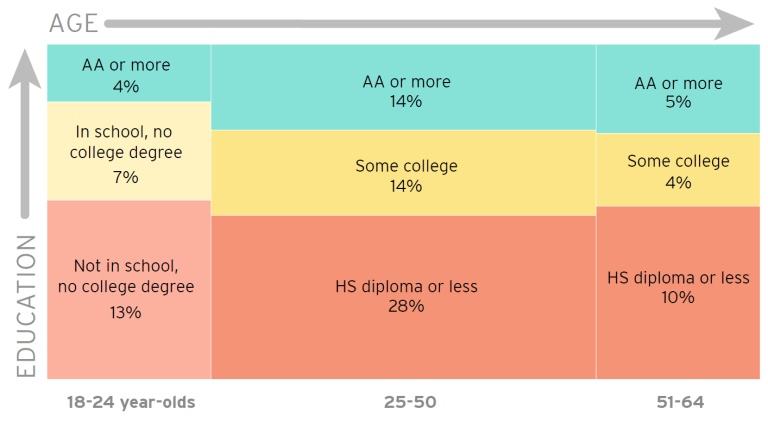 The Brookings report Meet the low-wage workforce by Martha Ross and Nicole Bateman (11/7/19) provides demographics of the low-work force by category. The nine categories they use are represented in their chart copied here.  For example, cluster 1 are ages 18-24 are not in school and don’t have a college degree. They are 13% of the low-wage workforce. The post has links to the full report where we learn that this cohort is 51% White, 16% Black, 27% Latino or Hispanic, 2% Asian American, and 4% Other. Of this group, 14% didn’t graduate from high school.

There are regional differences:

Across more than 350 metro areas, the share of workers earning low wages ranges from 30% to 62% of the overall workforce. Low-wage workers are particularly concentrated in smaller places in the southern and western parts of the United States. They make up larger shares of the workforce in places with lower employment rates and that concentrate in agriculture, real estate, and hospitality.

The full report contains a number of data tables.

How does food move around the U.S.? 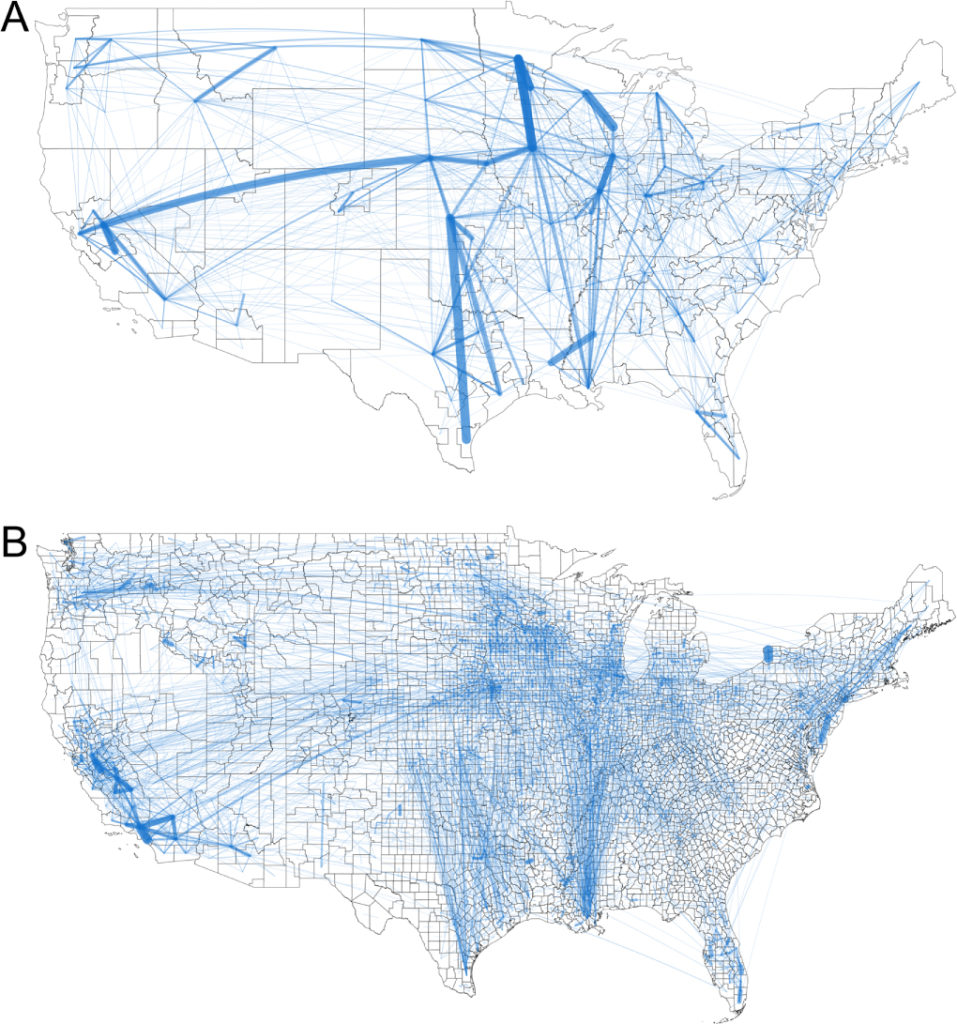 An article by Fast Company, The first map of America’s food supply chain is mind-boggling by Megan Konar (10/28/19), reports on the paper Food flows between counties in the United States by Xiaowen Lin, et. el. The author of the paper created the network graph of food flow copied here.  From the article:

Overall, there are 9.5 million links between counties on our map.

At 22 million tons of food, Los Angeles County received more food than any other county in 2012, our study year. It also shipped out the most of any county: almost 17 million tons.

Some of the other largest links were inside the counties themselves. This is because of moving food items around for manufacturing within a county—for example, milk gets off a truck at a large depot and is then shipped to a yogurt facility, then the yogurt is moved to a grocery distribution warehouse, all within the same county.

The article has a link to data that created the map. There must be a good graph theory project here.

How has income changed in the U.S.? 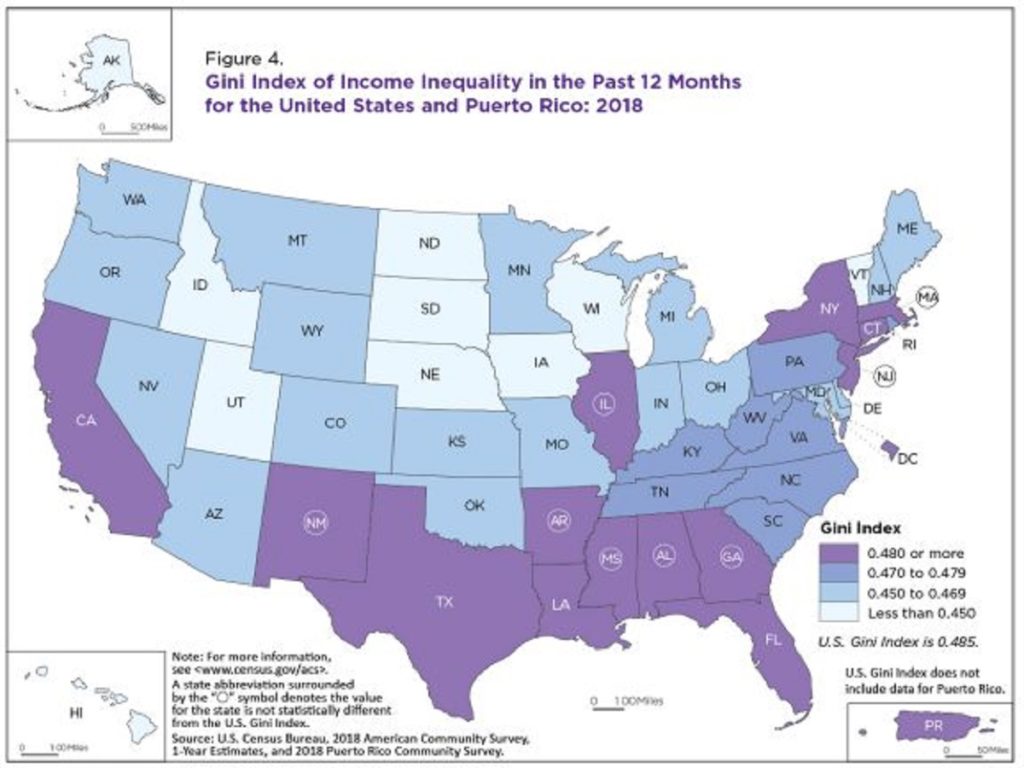 Median household income for the United States and 14 states increased significantly in 2018 from the previous year, according to U.S. Census Bureau data released today.

However, the Gini index of income inequality was significantly higher during the same period for the nation and nine states.

The report has six charts or tables. The full Household Income: 2018 report has tables of data. Historical data including household gini index (table H-4 which includes data by race) is on the Historical Income Tables: Income Inequality page.

Where can we find regional weather data? 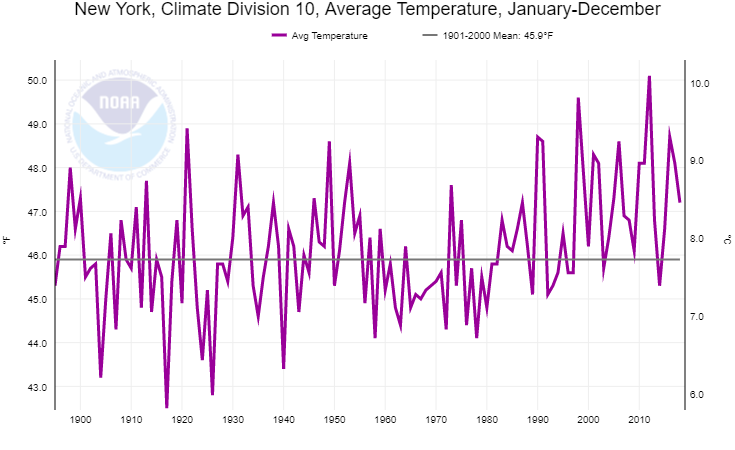 Go to the NOAA Climate at a Glance Divisional Mapping page. From the first drop down menu choose a state. Below that a state map appears and now click on a region. If time series data is desired click on the second tab along the top that says time series.  At this point the first drop down menu is to choose a parameter. There are seven choices including average, max, and min temperature as well as precipitation. A time scale can be chosen such as a single month or annual. For example, the graph here created from the site is average annual temperature for the finger lakes region in NYS. Along with a graph, a spreadsheet of the data can be downloaded.

Who produces the most air travel CO2 emissions? 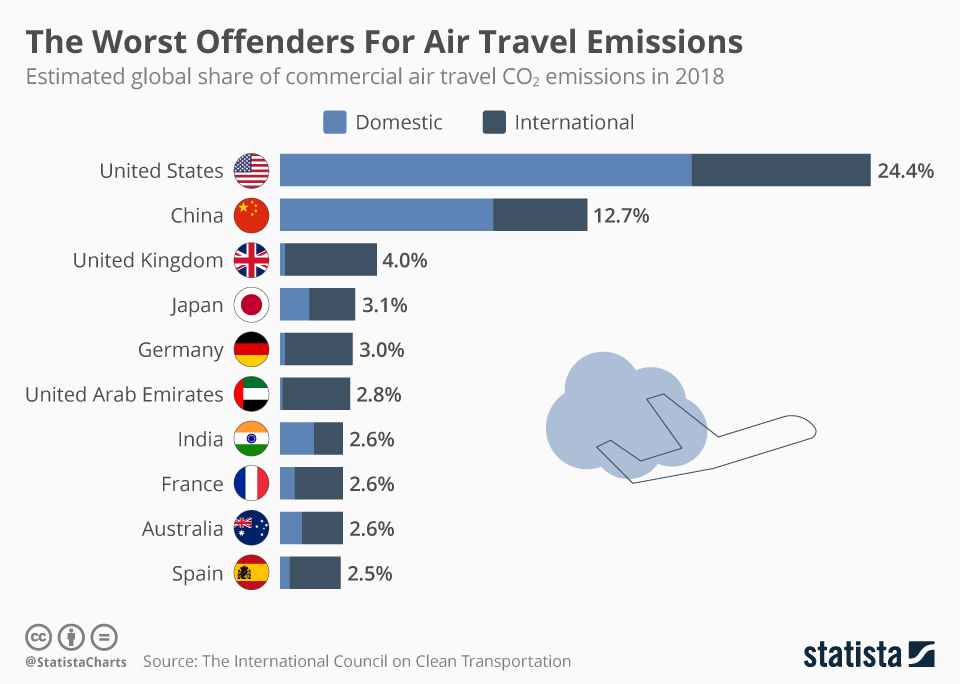 The statista post The Worst Offenders For Air Travel Emissions by Niall McCarthy (10/22/2019) produced the chart here. The post notes

The 12 percent of Americans who make more than six round trips by air each year are actually responsible for two-thirds of all U.S. air travel and therefore two-thirds of all its emissions. Each of those travelers emits over 3 tons of CO2 per year and if everyone else in the world flew like them, global oil consumption would rise 150 percent while CO2 from fossil fuel use would go up 60 percent. As over half of the population does not generally fly, the U.S. ranks 11th in emissions per capita from flying.

The post references the icct report CO2 emission from commercial aviation, 2018. It notes

CO2 emissions from all commercial operations in 2018 totaled 918 million metric tons—2.4% of global CO2 emissions from fossil fuel use. Using aviation industry values, there has been a 32% increase in emissions over the past five years.

At the bottom of the icct report there is a link to spreadsheet data with air travel emissions data by country. 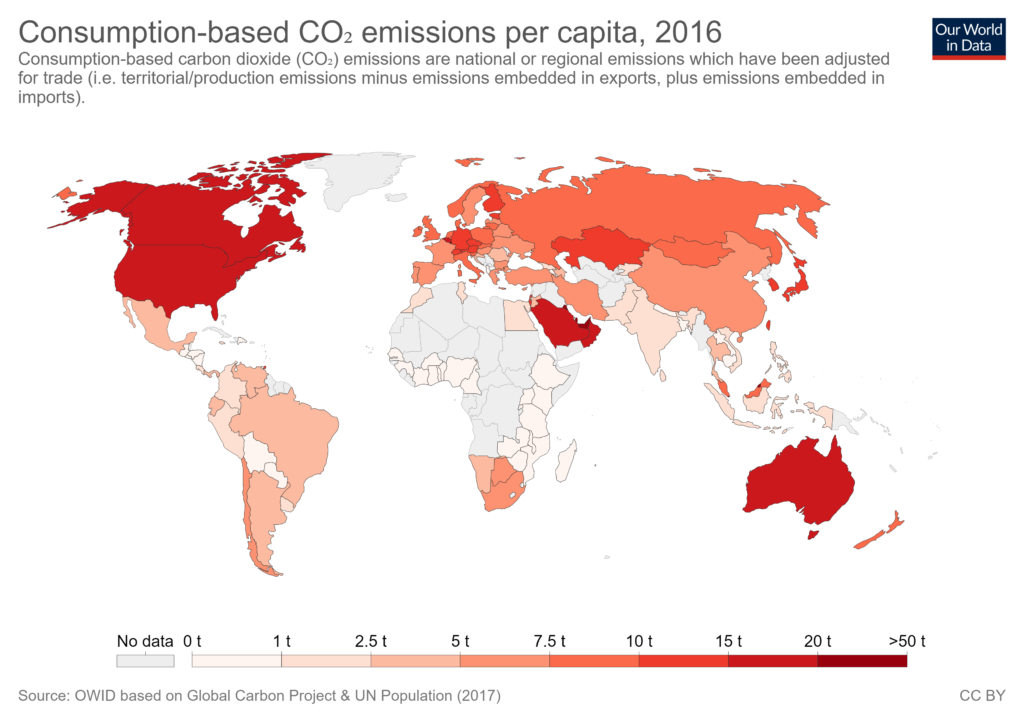 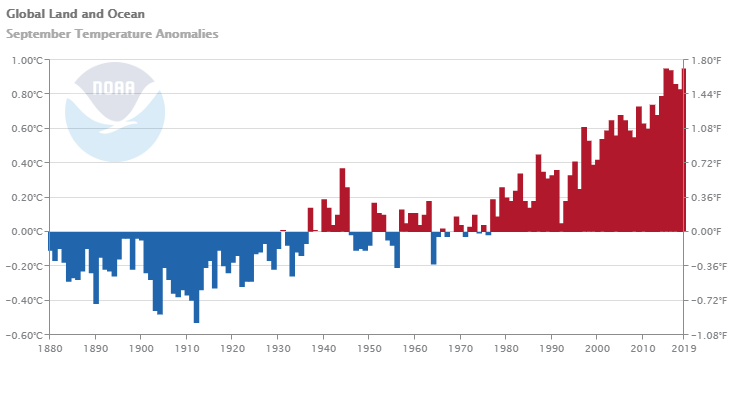 The average global land and ocean surface temperature for September 2019 was 0.95°C (1.71°F) above the 20th century average and tied 2015 as the highest September temperature departure from average since global records began in 1880.

The Northern Hemisphere, as a whole, also had its warmest September on record at +1.24°C (2.23°F) above the 20th century average, surpassing the previous record set in 2016 by +0.03°C (+0.05°F). The five warmest Northern Hemisphere land and ocean surface temperature have occurred since 2015.

Each of the first nine months of the year had a global land and ocean temperature departure from average that ranked among the five warmest for their respective months. This gave way to the second warmest January–September in the 140-year record at 0.94°C (1.69°F) above the 20th century average. 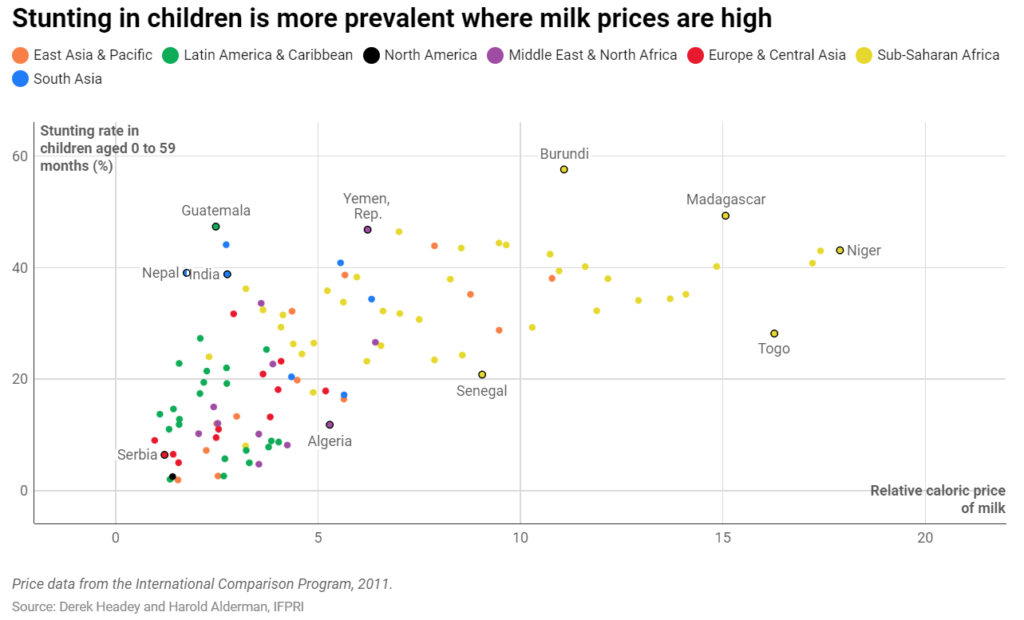